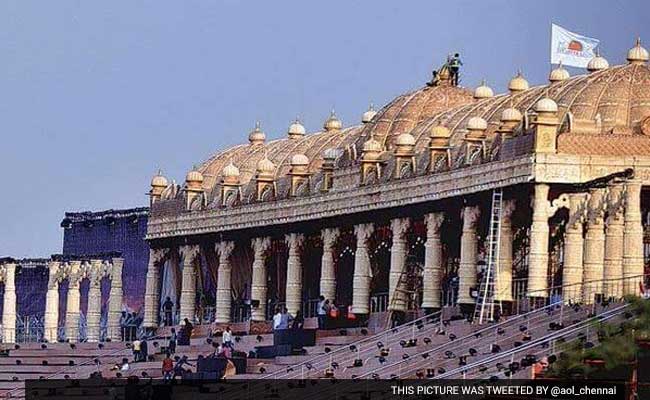 Yamuna floodplain has lost "almost all its natural vegetation" due to AOL event, a panel has said

New Delhi: The massive 'World Culture Festival' held on the banks of the river Yamuna in Delhi by Sri Sri Ravi Shankar's Art of Living has "completely destroyed and not simply damaged the riverbed", a group of experts has told the country's top environmental court.

"The ground is now totally levelled, compacted and hardened and is totally devoid of water bodies or depressions and almost completely devoid of any vegetation," the experts say in a 47-page report, describing the damage because of the three-day event that featured performances on a seven-acre stage and hundreds of thousands of devotees.

The floodplain, the report says, has lost "almost all its natural vegetation" like trees, shrubs, tall grasses and aquatic vegetation including water hyacinth crucial to the survival of a large number of animals and organisms.

"These organisms were rendered homeless, driven away by intense activity and many were consigned to graves under the debris. This is invisible loss of biodiversity which cannot be easily assessed and most may never be able to return," it says.

Seven experts were tasked by the National Green Tribunal to assess the impact of the festival held in March despite concerns about the delicate ecosystem of the riverbank. Art of Living was allowed to go ahead with the event on the condition that it would pay five crores against the damage.

After surveying the area, the experts have noted that a "huge amount of earth and debris have been dumped to construct the ramps."

There has been a change in topography in the riverbed, says the report, and the "construction of ramps and roads, filling up of water bodies and levelling of the ground together with compaction have almost completely eliminated the natural physical features and the diversity of habitats."

Sri Sri, 60, had said he should be given an award for organising the event and the site was in "better condition than we found it".

The opening of the event was attended by Prime Minister Narendra Modi; President Pranab Mukherjee dropped out.