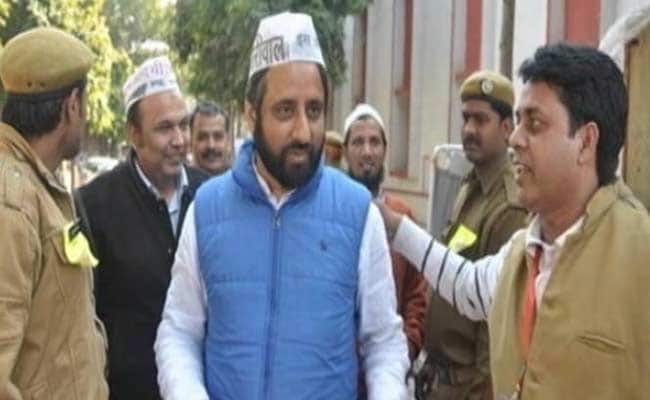 Amanatullah Khan was questioned after complaints of "irregularities" in Waqf Board recruitments.

New Delhi: Former Delhi Waqf Board chairman and AAP MLA Amanatullah Khan was today questioned by Anti Corruption Branch (ACB) officials for around three hours in connection with the alleged recruitment scam in the body. "He was questioned about the formalities which are needed for recruitment, but he was evasive," said a senior ACB officer.

Mr Khan was questioned following separate complaints of "irregularities" in recruitments in the Waqf Board filed by BJP leader and RTI activist Vivek Garg and one Mohammad Mustafa.

Mr Khan said, "I reached the ACB office around 3.30 PM and they allowed me to go at 6.30 PM after asking questions they had already asked me. I told them that 22 recruitments during my regime were done as per rules."

He said he also submitted a complaint with ACB officials asking them to also probe the matters of "corruption and irregularities" that he had raised with them earlier.

The complaint by Mr Khan included charges of "irregularities" in tender of hoarding sites in 2006, leasing out of 62 bigha land of Waqf Board in Punjab Khoda area in 2006, and recruitments to 42 posts of Delhi Waqf Board prior to his appointment as its chairman in March this year.

The Waqf Board was dissolved by Lt Governor Najeeb Jung on October 7 and all the appointments made by Khan were also quashed.

Promoted
Listen to the latest songs, only on JioSaavn.com
He also referred the whole matter related to Delhi Waqf Board to the CBI for investigation into the "deliberate and persistent acts of illegality, violation of rules, allegations of corruption, possibility of mala fide".

Mr Khan had earlier alleged ACB of "targeting" him at the "behest of Lt Governor" for unearthing "scams" by former chairmen of Delhi Waqf Board, under Sheila Dikshit regime, and said the LG's order will be challenged in the court.