Five Supreme Court judges today declared that homosexuality is not an offence in India. 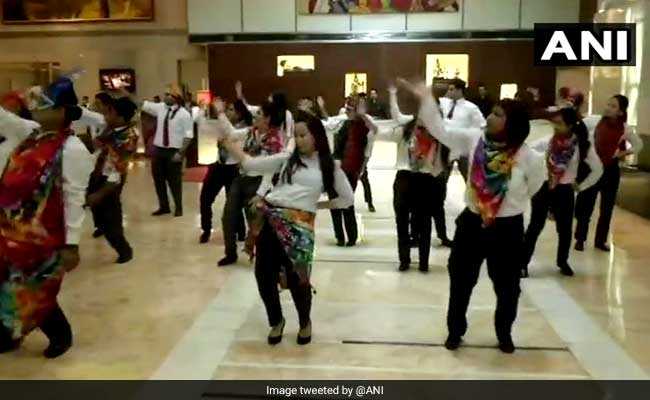 The Supreme Court today gave a landmark judgment legalising homosexuality, leading to emotional and colourful celebrations across the country. The judgment also sparked a celebratory dance at Delhi's The Lalit hotel. Keshav Suri, the executive director of the Lalit Group of hotels, is a prominent LGBT activist.

The hotel's staff, with rainbow coloured scarves draped around their necks and waists, formed a flash mob and broke into a dance in the hotel. The staff is seen asking others to also join them in the celebration.

"All the lawyers and judges who have worked on this are the people to be interviewed and thanked," Keshav Suri said. "I am a nobody but they are the people to be thanked. It is a massive time to celebrate," the Lalit group executive director who is also a petitioner in the Section 377 case told news agency ANI.

Five Supreme Court judges today declared that homosexuality is not an offence in India.

"Respect for individual choice is the essence of liberty; LGBT community possesses equal rights under the constitution," the Supreme Court said while delivering the historical verdict.

Chief Justice of India Dipak Misra stressed on the importance of individualism while reading out the judgment. "I am what I am. So take me as I am," Chief Justice Misra said. "No one can escape from their individuality," the Chief Justice, who is due to retire on October 2.

The Supreme Court reversed its own 2013 decision and said Section 377, a controversial British-era ban on consensual gay sex, is irrational and arbitrary. Under the 1861 law, gay sex was punishable by up to 10 years in jail. Although prosecution under Section 377 is not common, gay activists said the police used the law to harass and intimidate members of their community.