Major traffic jams and waterlogging were reported from across Delhi and Gurugram. (PTI)

New Delhi/Gurugram: For Delhi, it was same-old, same-old. The rain that came pouring down was followed near instantaneously by flooded roads and a choked rush hour.

US Secretary of State John Kerry was delayed in the traffic crawl along with his convoy after he landed.

Journalist Nicolas Wadhams, who is accompanying Mr Kerry on his tour to New Delhi, tweeted: "John Kerry stuck in traffic like everyone else on wet New Delhi night."

Another journalist Steve Herman tweeted that the Delhi Police had to be called in after Mr Kerry was stuck for over an hour in traffic.

Additional forces called out to try to get @JohnKerry motorcade through Delhi traffic after more than an hour. pic.twitter.com/kWx8V7Ihgo

Mega traffic jams were reported across the city at intersections like Kashmere Gate, Dwarka, Dhaula Kuan, and the Moolchand flyover. 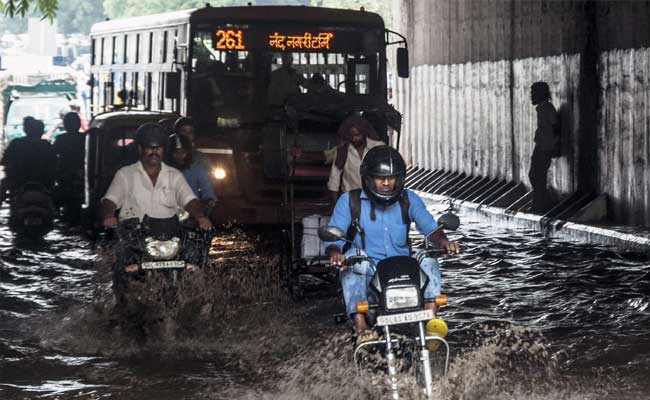 Vehicles make their way through floodwaters on a street after heavy rainfall in New Delhi. (PTI)

Promoted
Listen to the latest songs, only on JioSaavn.com
Gurugram, the business hub near Delhi, which grappled with 12-hour-long jams last month after persistent showers, was also left grid-locked. 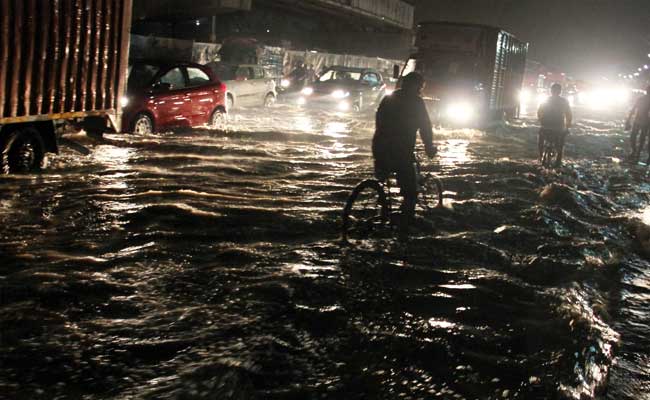 Heavy rain has been forecast again for Tuesday.