Sanjay Singh and the complainant, Ankit Bhardwaj, a state executive member of Bharatiya Janata Yuva Morcha told the court they had settled the matter. 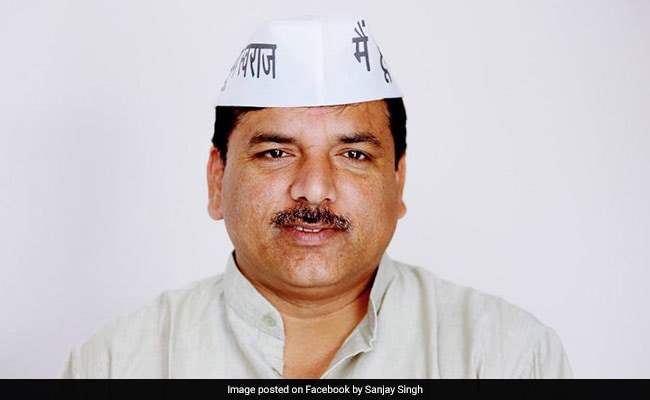 Sanjay Singh recorded his statement after which he was acquitted. (File)

A Delhi court on Wednesday acquitted AAP leader Sanjay Singh in a defamation case filed by a BJP youth-wing leader for allegedly projecting him as the person who assaulted former minister Kapil Mishra last year, after Mr Singh tendered an apology.

The court passed the order after Mr Singh and the complainant, Ankit Bhardwaj, a state executive member of Bharatiya Janata Yuva Morcha (BJYM), moved an application jointly, stating that they have settled the matter after the AAP politician offered an "unconditional apology" to the complainant.

Additional Chief Metropolitan Magistrate Samar Vishal recorded the statement of both Mr Singh and Mr Bhardwaj and allowed their joint application, seeking to withdraw the case.

The complaint had sought prosecution of the AAP leader for the offence of criminal defamation claiming that it was his namesake who had allegedly assaulted Mr Mishra.

He said his name was "wrongly taken" by the AAP leaders in the media by describing him as a BJYM officer bearer who had assaulted Mr Mishra on May 10 last year.

He had also said the person caught at the spot for the alleged offence purportedly belonged to their own party.

He had claimed that on the official Twitter account and Facebook page of the Aam Aadmi Party, it was mentioned that the person who attacked Mr Mishra was Ankit Bhardwaj who belonged to BJP and was showing his identity as an assailant by putting screen-shots of his Facebook profile.

"The reputation of the complainant has been tarnished in the mind of party leaders, relatives, friends and public at large whoever saw the news," the complaint had claimed.