The amended Motor Vehicle Act, which attracted criticism from several quarters due to hefty fines, came into force from September 1. 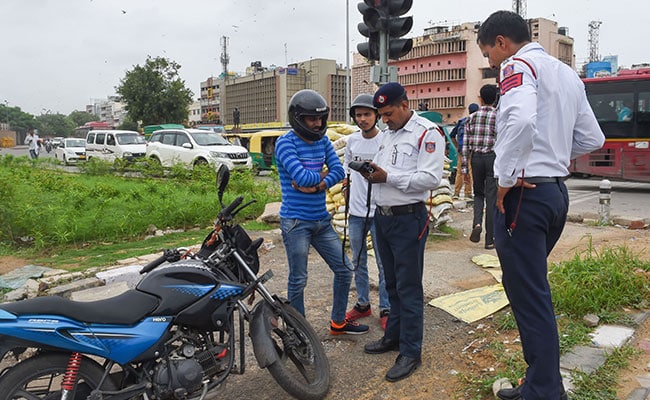 Traffic violations in the national capital dropped sharply by 66 per cent in the month of September this year, compared to the previous year, following implementation of the amended Motor Vehicles Act that hiked the fines significantly, police said.

The Parliament in July passed the Motor Vehicles (Amendment) Bill, 2019, which seeks to tighten road traffic regulations in an attempt to improve road safety.

The amended Motor Vehicle Act, which attracted criticism from several quarters due to hefty fines, came into force from September 1.

Police said there is focus on strict regulation and improving compliance along with effective enforcement.

Apart from the hefty fine amounts, another deterrent is the fact that cases are being sent to the court as compounding power has not been given to the police so far in Delhi and people want to avoid that hassle, they said.

A trucker from Rajasthan paid a penalty of Rs 1.41 lakh after being caught for overloading by the enforcement wing of Delhi transport department. The driver paid the penalty of Rs 1,41,700 in Rohini court in September.

In another incident last month, the driver and owner of a truck had to pay a total fine of over Rs two lakh in the national capital for different violations, including overloading and driving without a proper licence.

The truck, having a Haryana registration number, was fined by an enforcement team of Transport Department on the GT Karnal Road.