Air France has not yet provided an explanation for the removal of the passengers. It is also not yet known if they were offered compensation or provided with alternative travel arrangements 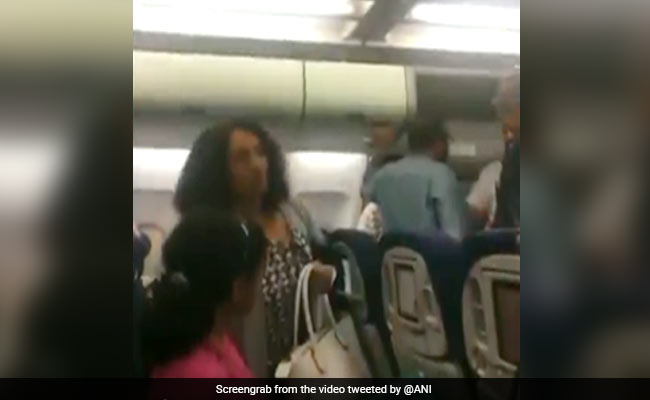 Twenty-six passengers of an Air France flight from New Delhi to Paris were asked to "voluntarily" deplane, with the airline citing a "technical problem" that was forcing them to offload their checked-in baggage. The incident happened early this morning while the plane was at Delhi airport.

French national carrier Air France, whose 2004 merger with KLM of the Netherlands made them one of the largest airline companies in the world, has not yet provided an explanation for the removal of its passengers. It is also not yet known if those passengers were offered either compensation or alternative travel arrangements.

In a video captured by a passenger on a mobile phone, a member of the crew can be heard asking "passengers willing to leave" to contact on-board crew.

"We need to offload around 26 passengers. Those passengers who wish to volunteer and are willing to leave with their bags, please contact on-board crew," the crew member says.

#WATCH Staff of Air France flight AF225 from Delhi to Paris asks 26 passengers to voluntarily disembark, as their checked-in luggage would need to be offloaded for the plane to be able to take off, due to a technical problem. pic.twitter.com/LKw5Csq7IE

The puzzling incident attracted attention on Twitter, with one user asking Air France to identify the "technical problem".

"Arrey, what kind of a technical problem is this. @airfrance? Requesting 26 passengers to disembark voluntarily for .#AF225 Delhi-Paris flight to take off??" the user posted.

Arrey, what kind of a technical problem is this .@airfrance? Requesting 26 passengers to disembark voluntarily for .#AF225 Delhi-Paris flight to take off?? https://t.co/E2xBS6dG86

There remains a degree of confusion over what actually led passengers being asked to leave.

Reports suggested the flight was overbooked, which is the practice of selling more seats than are available on the flight in the expectation that some passengers will cancel their tickets.

"Like all major airline companies, Air France opens a greater number of seats for booking than are actually available on a flight. In practice, it lets us limit the financial loss resulting from the fact that some passengers choose not to take the flights they have reserved."

The airline also says it "works to limit the potential inconveniences of overbooking" and offers either compensation or ensures a new booking as soon as possible, among other measures.

Last year the airline was fined a total of Rs 12 lakh by the National Consumer Disputes Redressal Commission (NCDRC) for not allowing passengers holding confirmed tickets to board.

In its note, the commission said that while overbooking was a "commercially viable international practice" not allowing passengers with confirmed tickets to board amounted to deficiency of service.

Another reason for the passengers being asked to deplane could be because it was too heavy to takeoff. There is precedent for an airline to ask passengers with heavy luggage to leave.

In 2014 and 2015 Easyjet flights to Spain had to ask certain passengers to get off. However, on both occasions those who were asked to leave were offered monetary compensation and tickets on another plane.