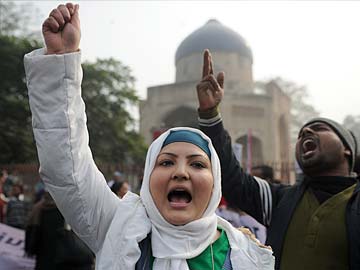 New Delhi: The US has announced a USD 250,000 grant for an ongoing programme to make Delhi a safe city for women.

The programme, called "Delhi Safe City - Free of Violence against Women and Girls", will be implemented in partnership with Indian civil society organisations.

The grant will be channeled to UN Women, a part of the United Nations' Women's Global Safe Cities Initiative, said a statement.

US Ambassador to India Nancy J Powell said, "United States recognises gender-based violence as one of the most debilitating factors impeding a woman's active participation in any economy in the world and her ability to access resources and services.

Promoted
Listen to the latest songs, only on JioSaavn.com
"We are pleased to partner with UN Women to help promote safe cities and reduce gender-based violence, which plagues every country in the world," she said.

Rebecca Tavares, the UN Women Representative covering India, Bhutan, Maldives and Sri Lanka, said "such a grant will go a long way in ensuring women's right to the city and the right to be free of fear".