The accused were intercepted after their arrival from Bangkok at Delhi's Indira Gandhi International Airport on Tuesday. 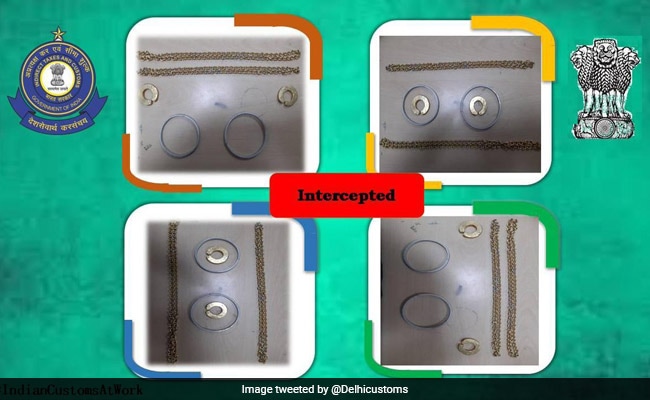 The accused were hiding the gold inside their wrist watch.

Two men have been arrested by the customs officials for allegedly trying to smuggle gold into the country by hiding it inside their wrist watches among other modes, an official statement mentioned today.

The accused were intercepted after their arrival from Bangkok at Delhi's Indira Gandhi International Airport on Tuesday.

A detailed personal and baggage search of the passengers resulted in the recovery of two silver, gold ''kadas'', two gold chains worn by the passengers and two gold thick circular discs which was concealed in wrist watches, total weighing 685 grams, the statement issued by the customs said.

The gold, weighing Rs 25.85 lakh, has been seized and the two have been arrested, it said.