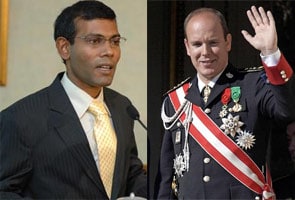 New Delhi: Two presidents, a prince and a governor general will attend the opening of the Commonwealth Games (CWG) in New Delhi on Sunday.

According to British High Commissioner Richard Stagg, Prince Charles and India's President Pratibha Patil will declare the Games open. Some 7,000 athletes and officials from 71 countries and territories will take part.

Sixty six-year-old Sir Anand, the 19th governor general of New Zealand, is the first of Indian descent to hold the post.

The head of state as well as the personal representative of Britain's Queen Elizabeth II, the governor general is appointed by her on the advice of New Zealand's prime minister, usually for five years. Sir Anand was appointed in 2006.

Fifty two-year-old Albert II, took over as the ruler of Monaco the second smallest country in the world in 2005 after the death of his father, Rainier III. His mother was an American actress Grace Kelly.

Promoted
Listen to the latest songs, only on JioSaavn.com
Stephen, a former weightlifter with a haul of seven gold and five silver medals in CWG, took over as president of western Pacific Ocean island nation of Nauru in 2007.

The 40-year-old Stephen is also the president of the Oceania Weightlifting Federation and of the Nauru National Olympic Committee.