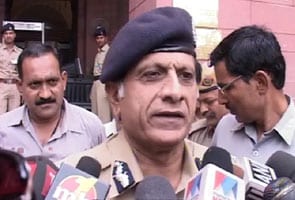 "I assure international athletes that there is fool-proof security for the Commonwealth Games. There is no doubt over it," Dadwal told reporters here after attending a meeting chaired by Union Home Minister P Chidambaram to take stock of Games security.

On the firing incident outside Jama Masjid on Sunday in which two Taiwanese were injured, the police chief said, "Investigations into Jama Masjid firing are on. The incident will have no impact on the Games security."

He also termed as "bogus" the sting operation carried out by an Australian television channel claiming that there was a security breach at the Jawahar Lal Nehru stadium, the main venue for the Games.

"The sting operation was completely bogus. The security checking has not started then, that is why they (journalists) could enter it...But we are ready from security arrangements points of view," he said.

Over 70 countries are likely to participate in the sporting event scheduled here between October 3 and 14. Delhi Police and central security agencies are striving hard to ensure adequate security for the event, which is being hosted by the country for the first time.

Promoted
Listen to the latest songs, only on JioSaavn.com
More than one lakh security personnel would be seen in action during the Games including about 175 companies (17,500 personnel) of paramilitary forces, 3,000 commandos, 100 anti-sabotage teams, 200 dogs and 15 bomb disposal squads.

Besides, about 150 personnel of the Delhi Police's Special Weapons and Tactics Team have been trained by the IAF and the NSG to shoot down suspicious manned and unmanned "flying objects".