Read inOther Languages
This Article is From Dec 03, 2019

The family was sleeping in a room when the accused attacked them last week, police said on Tuesday. 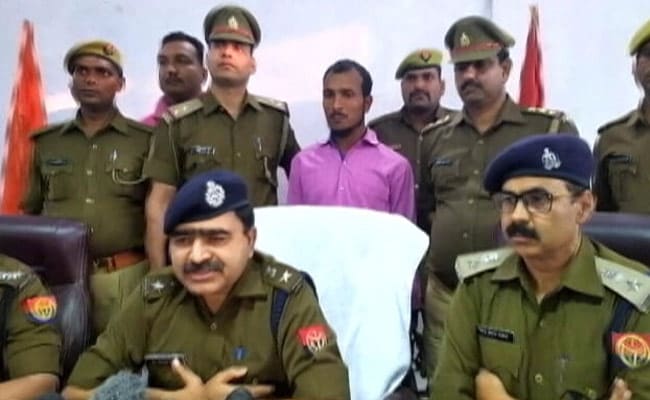 A 38-year-old man has been arrested for battering a couple and their infant boy to death and injuring their other two children in Uttar Pradesh's Azamgarh last week. The family was sleeping in a room when the accused attacked them, police said on Tuesday, adding the woman and her daughter, 10, were raped by him after they had lost consciousness following the attack.

The man, identified as Nasiruddin, attacked the family on November 24, police said. He allegedly killed the 35-year-old husband, beating him with a brick. He also allegedly thrashed the woman and her children, just enough to make them unconscious. He then remained at the crime scene for over three hours, raping the woman and her daughter, police said.

"Five people were sleeping in a room. He went in and first attacked the husband and wife with a brick. He ensured that the husband was dead, whereas the wife and children were unconscious. We also got to know that before committing the crime, he bought a 'sex pill' and contraceptives. He told us he used contraceptives so that police didn't find evidence of rape against him," Azamgarh police chief Triveni Singh said.

"He remained at the scene for three hours and raped the woman and the girl. He left them naked, just putting a piece of cloth over them" the officer added.

Police said the man also recorded the crime on his mobile phone and later showed the video to his sister-in-law.

"The accused also recorded the crime and showed it to his sister-in-law. She couldn't watch the video and said 'God will never forgive you for this'," Mr Singh said.

He is a sexually deviant person, the police official said.

Nasiruddin was arrested from his house on the basis of circumstantial evidence, police said.