UP Newly-Wed Drugs Her In-Laws, Runs Away With Money And Jewellery

The Police said that the bride fled with Rs 70,000 cash and ornaments worth Rs three lakh. 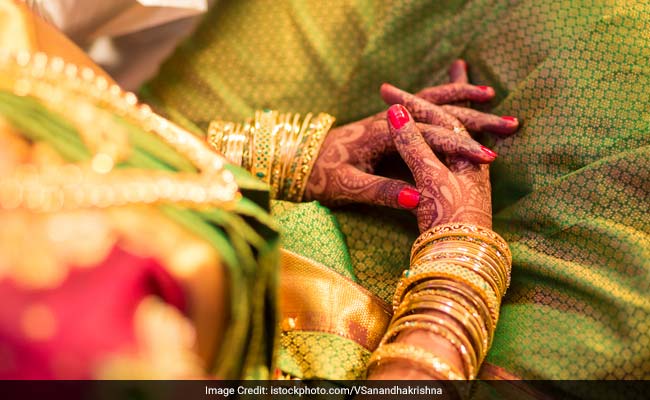 The Police said the investigation is on and further action will be taken.

A newly wed woman fled from her in-laws' house with cash and ornaments after giving sedatives in the dinner to the entire family.

The incident happened in the Chota Para area in the Badaun district on Friday night.

When the family woke up the following morning, they found the bride missing along with the cash and valuables.

Superintendent of Police (City) Jitendra Kumar Srivastava said that according to the complaint lodged by the family Praveen and Ria got married on December 9 and the woman belonged to Azamgarh.

The SP said that the bride fled with Rs 70,000 cash and ornaments worth Rs three lakh.

He said the investigation is on and further action will be taken.

The police are now looking for Tinku, a middleman who had got the marriage arranged.

Tinku had accompanied the bride to her new home after marriage and he is also missing with the bride.

Groom's father Ram Ladete said: "We had spent Rs four lakh in the marriage of Praveen. The marriage was solemnised in Azamgarh and Tinku, the middleman, had taken the money just before the marriage, claiming that the bride's family will prepare jewellery with it for their daughter as they are very poor."

Praveen, meanwhile, said: "I never thought that my wife would cheat me like this. My entire family is embarrassed in the village and we have suffered financially as well. I want her arrested."

Cop Injured In Grenade Attack In Jammu and Kashmir's Anantnag