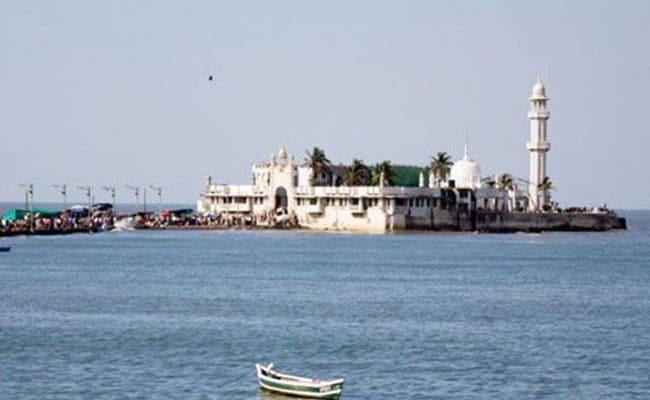 The court assured that the land on which the mosque is built will be protected.

New Delhi: The Supreme Court today asked the Haji Ali Dargah Trust to remove the encroachments in a 908 square meter area around the famous Mumbai mosque by May 8 while making it clear that the area containing the shrine will remain protected.

The order was passed after the Haji Ali Trust volunteered to take up the task of removing the encroachments.

A bench headed by Chief Justice J S Khehar also said that the removal of the encroachment will be subject to the satisfaction of the two authorities indicated in the Bombay High Court order of February 10.

The High Court had ordered the formation of a joint task force comprising the Municipal Corporation of Greater Mumbai and the Collector to remove illegal encroachments on the approach road leading to the Haji Ali Dargah.

The bench, also comprising Justices D Y Chandrachud and S K Kaul, passed the order after senior advocate Gopal Subramaniam informed that he has the instruction from one of the trustees that the trust itself will volunteer to carry out the removal and demolition of the encroachment.

"We thereby allow the trust to remove encroachments besides the 171 sq mt area covered under the lease where the mosque subsists," the bench said.

The bench also clarified that in view of the offer made by the Trust, it is restraining the joint task force from removing the encroachments as ordered by the high court.

The bench also gave liberty to the Trust to place for consideration before the apex court the beautification and architecture plan for maintaining the access and surroundings of the area.

The bench also made it clear that no other court other than the apex court will entertain the petition relating to the removal of encroachment around the shrine.

It also said it will be open for any party desiring modification of its order to approach the apex court with an application in the pending petition.

Earlier in the day, the Supreme Court had asked the counsel for the Haji Ali Dargah trust to inform whether it was ready to assist in the removal and demolition of encroachment in the 908 square meter area.

The court also assured that the land on which the mosque is built will be protected.

The bench had made it clear that 171 square meter of land with the mosque on it will be protected, but the encroachments in the remaining area have to be removed and demolished.
Comments
Haji Ali Dargah TrustSupreme CourtencroachmentsHaji Ali Trust