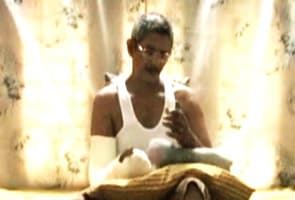 Kochi, Kerala: The police has filed a chargesheet against 27 accused in the brutal attack on Professor T. J. Joseph, a private college lecturer in Kerala. His right hand had been chopped off allegedly by activists of the radical outfit Popular Front of India (PFI) on July 4, 2010.

The chargesheet was filed before the First Additional Sessions court, Ernakulam. There are total 54 accused in the case and the remaining 27 are absconding.

Cases have been registered against the accused for offences against the nation, and under various sections of the Indian Penal Code. These include riot, unlawful assembly, criminal conspiracy, hurt and attempt to murder.

The court had earlier ordered a non bailable warrant against the 27 accused who are yet to be arrested.

Professor Joseph, Malayalam Head of the Department of the Private Newman college in Thodupuzha was attacked on July 4. He was returning home along with his family members, after a Sunday mass at a church in Muvattupuzha in Ernakulam district.

The hand had been cut off at the wrist on allegations of blasphemy by Muslim radicals belonging to PFI for preparing a question paper for B.Com semester students which reportedly had some references to Prophet Mohammed.

Promoted
Listen to the latest songs, only on JioSaavn.com
Prof Joseph's hand was sutured back and he is recovering from injuries. The college authorities have terminated his services.

The case has been posted to January 18.