The villagers of Ekarukhi, who believe in mythology, didn't want to hand the two-headed snake over to the department. 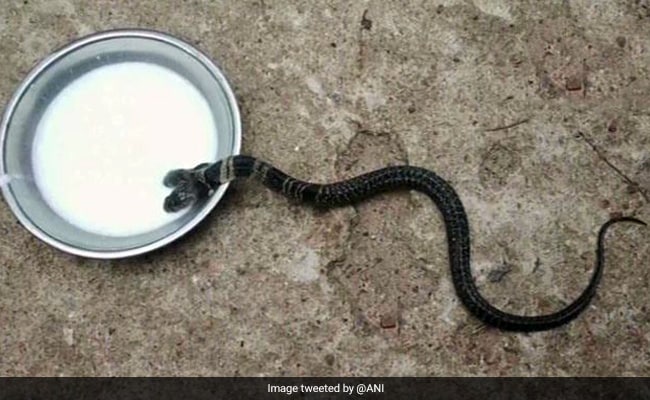 The two-headed snake is also known as Bengal Kharis, it is called kala naag which is venomous.

A two-headed snake was found in a village in Bengal's Midnapore city. According to Kaustav Chakraborty, a herpetologist of the Forest Department, he was unable to rescue the snake as villagers of Ekarukhi  who believe in mythology didn't want to hand it over to the department.

"This is totally a biological issue like a human being can have two heads or thumbs similarly this snake has two heads. This doesn't have to do anything related to mythological belief. The longevity of such species increases by keeping them in captivity. The life span of this snake can be increased if it is preserved," said Kaustav Chakraborty.

According to Soma Chakraborty, a zoologist, the double-headed snake belongs to Naja Kautia species.

"This species is also known as Bengal Kharis, Keute and in Hindi, it is called kala naag which is venomous. There is no mythological thing in this case. There are many factors behind the formation of two heads. It might be formed at the time of splitting of the embryo or maybe due to some environmental factors," said Ms Chakraborty.