After the water level rose in the area following heavy showers, the visitors could not return from there due to the darkness. 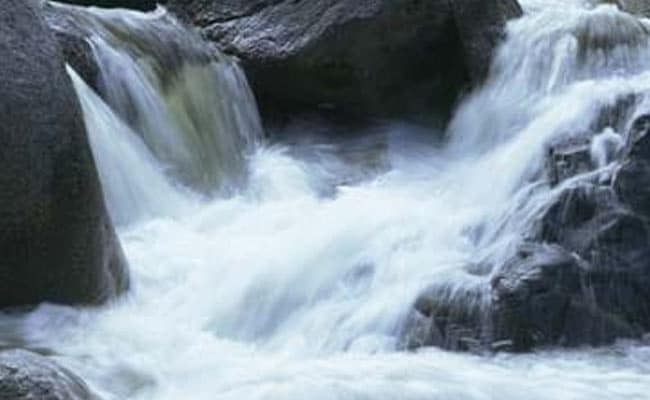 The tourists were stranded near the famous Dugarwadi waterfall near the Dugara river.

Twenty-two tourists stranded near a waterfall in Nashik following heavy rains were rescued, while one person was feared to have been swept away, police said on Monday.

Efforts were on to trace the missing person, they said.

The tourists on Sunday evening went to see the famous Dugarwadi waterfall near the Dugara river in Trimbakeshwar taluka of the Maharashtra district.

Local residents had warned them about the possibility of rise in the water level in view of the ongoing rains, but the visitors apparently did not pay heed to it and went into a valley to see the waterfall, an official from Trimbakeshwar police station said.

After the water level rose in the area following heavy showers, the visitors could not return from there due to the darkness.

The area also lacked proper mobile network connectivity, hence the tourists could not contact anyone and some of them started shouting for help.

Four to five local people, who had also gone to see the waterfall, returned in the meantime and informed other locals about the stranded tourists.

After hearing the pleas of tourists, some people from nearby villages alerted the forest department and also went to the waterfall to help them, the official said.

A team of police, mountaineers, forest and disaster management department personnel then went to the spot and started the rescue operation late Sunday night, the official said.

At around 1.30 am on Monday, 22 out of the 23 tourists stranded near the waterfall were rescued, the official said.

One of the visitors, identified as Avinash Garad from Ambejogai in Beed district, was feared to have been swept away in the strong water current, he said.

Efforts were on to trace him, the police added.

Nashik city and some other parts of the district received heavy rains for the second consecutive day on Sunday.

Heavy downpour in Panchavati area led to the rise in water level of the Waghadi and Godavari rivers, officials said.

Two auto-rickshaws and a two-wheeler parked in Ramkund and nearby areas were swept away in the Godavari river waters, they said.