On Video, Robbers Loot Cash At Gunpoint From Builder's Home In Madhya Pradesh

A gang of robbers took the guards inside the home at gun point and held them captive along with the builder's family before running away with cash. 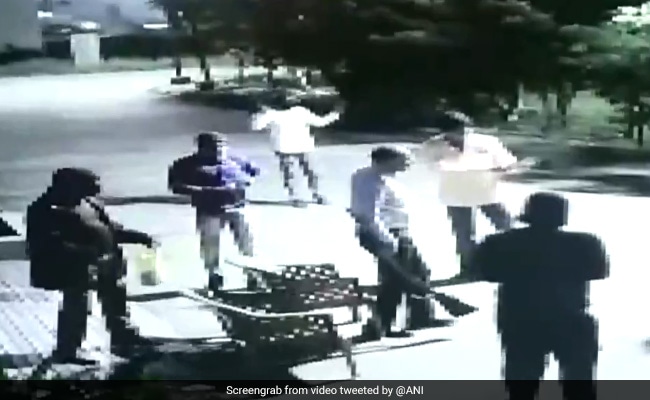 Armed robbers, last night, held the family of a builder and his two private guards captive at gun point and ran away with cash and valuables in Madhya Pradesh's Indore. The robbery was recorded on a surveillance camera, police said today.

According to a police official, the robbers threatened two private guards who were sitting outside the builder's home and snatched a rifle from one of them. They then took the guards inside the home at gun point and held them captive along with the builder's family before running away with cash, valuables and other materials.

#WATCH 5 men commit robbery at a builder's residence in Indore's Lasudia area keeping the guard at gunpoint. SP Indore says, "4-5 men can be seen in the CCTV footage. Investigation is being conducted from all angles." (26.11) #MadhyaPradeshpic.twitter.com/jS1Kk28FO2

Police have launched hunt to trace the robbers, the official added.