3 Girls Charred To Death After Haystack Catches Fire In Odisha

The minors have been identified as twins Deizy and Rosy, and Rachana Rout, all aged between four to five years. 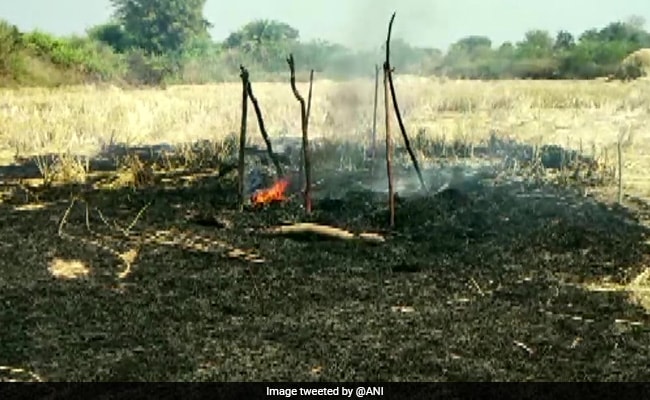 The girls were playing in the haystack when it caught fire.

Three minor girls were charred to death on Saturday while they were playing near a haystack that caught fire at Bijmara village in Odisha's Kalahandi district.

The minors have been identified as twins Deizy and Rosy, and Rachana Rout, all aged between four to five years.

They were immediately taken to Koksara Community Health Centre by the residents. The three were then referred to Bhawanipatana district headquarters hospital.

One of them died on the way to the hospital while two others died while undergoing treatment at Bhawanipatana Hospital.

"One of them was brought dead while two others had around 80 to 90 per cent of burn injuries. The two died half-an-hour after they were admitted to the hospital" said Dr Narayan De of Bhawanipatana Hospital.

"Police have been informed and the bodies will be handed over to the family members after post-mortem," he said.