On September 20, Mustaqeem and another alleged criminal Naushad, who carried a bounty of Rs 25,000 each on their heads, were killed in an encounter with police in Harduaganj. 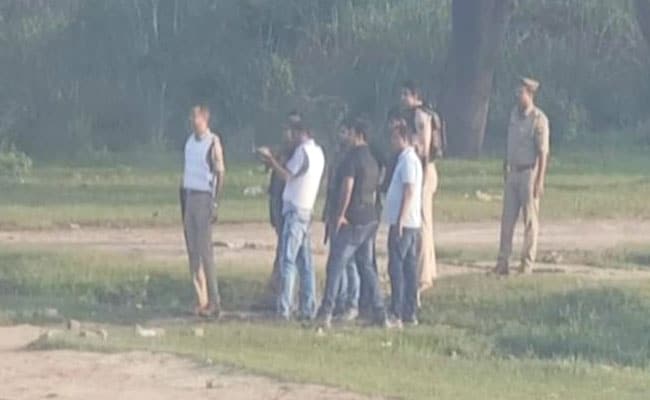 The controversy over the alleged fake encounter of two suspected criminals in Aligarh took a new twist on Friday with the police booking 10 activists, including Aligarh Muslim University and Jawaharlal Nehru University student leaders, saying they had abducted family members of one of those killed.

The case was registered at Atrauli police station on Thursday on the basis of a complaint filed by the wife of Mustaqeem (22), one of the suspected criminals shot dead in the encounter, Hina, Police officer Pervaish Rana said.

The activists have been charged with abducting Mustaqeem's mother and grandmother.

The group of activists included Jawaharlal Nehru University student leader Umar Khalid, but he has not been named in the complaint.

Those named in the complaint include activists of "United Against Hate" forum, including former presidents of Aligarh Muslim University's student union Masqoor Usmani and Faizul Hasan, SHO Rana said.

According to Faizul, the activists visited Mustaqeem's residence on Thursday and assured his family members of all possible legal aid in their quest for justice.

The group then visited Atrauli police station and raised the issue of alleged harassment of Mustaqeem's family members by police.

Faizul told reporters that while the group was talking to the SHO, some local right-wing group leaders came there and tried to browbeat them into leaving the place. An argument ensued and the police had to intervene.

Mustaqeem's mother, Shabana, and grandmother, Rafiquan, then left with the activists, who were apparently going to Delhi.

Following this, the police registered the abduction complaint.

On September 20, Mustaqeem and another alleged criminal Naushad, who carried a bounty of Rs 25,000 each on their heads, were killed in an encounter with police in Harduaganj.

Police had claimed that the two, who were riding a motorcycle, opened fire at policemen when they tried to stop them at a checkpost.

A chase and exchange of fire ensued in which Mustaqeem and Naushad were grievously injured. They died to injuries, they had said.

Before they died on the way to a hospital, they confessed to their involvement in the killing of two sadhus earlier this month, Senior Superintendent of Police Ajay Sahani had said.

However, Naushad's mother, Shaheen, had refuted the charges and claimed that the two did not have any criminal record.