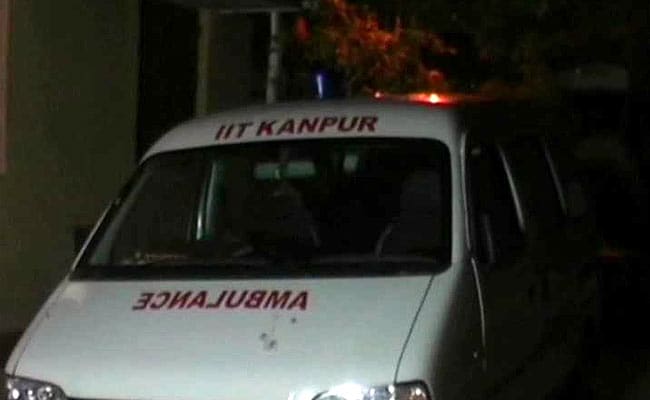 Kanpur: A third year Ph.D student of the Indian Institute of Technology (IIT), Kanpur, allegedly committed suicide on Wednesday, by hanging himself from the ceiling fan in his hostel room. The student has been identified as Bheem Singh, said Senior Superintendent of Police, Akhilesh Kumar. He was last seen on Tuesday, the police said.

The reason behind Mr Singh's suicide is not clear but the police have found a note in his room, which was torn into pieces.

The Deputy Director of IIT-Kanpur, Manindra Agarwal, said "A letter has been recovered and is in the possession of the forensic team."

After Mr Singh was missing for a day, students noticed that his room had been locked for a long time and when they knocked there was no response. Students then informed the authorities and broke the doors to find Mr Singh's body handing from the fan, said Mr Agarwal. The police was informed, who came and did a preliminary investigation.

Mr Singh's parents in Faridabad near Delhi, has been informed and the post mortem will be done today, said Satish Kumar Singh, the station house officer of the local Kalyanpur police station.

Mr Singh had completed his B.Tech from NIT in Warangal, and had joined the mechanical engineering department of IIT-Kanpur in 2015.

Promoted
Listen to the latest songs, only on JioSaavn.com
A year ago, concerned over the increasing number of "campus suicides", the IITs across the country decided to have wellness centres, to help students deal with stress. During a meeting of the IIT council, the coordination body for 23 IITs across the country, education minister, Prakash Javadekar, had said, "All IITs will now have wellness centres to help students deal with mental stress due to high academic and peer pressure. They will offer remedial courses. For freshers joining IITs, there will be an induction programme which will help them adjust to the atmosphere at the institute besides other things," he added.