Himachal Pradesh Temple To Have Idol Made Of 2,100 kg Of Clarified Butter

The idol of Goddess Bajreshwari Devi, being prepared by using "desi ghee" after purification with holy water 101 times by temple priests. 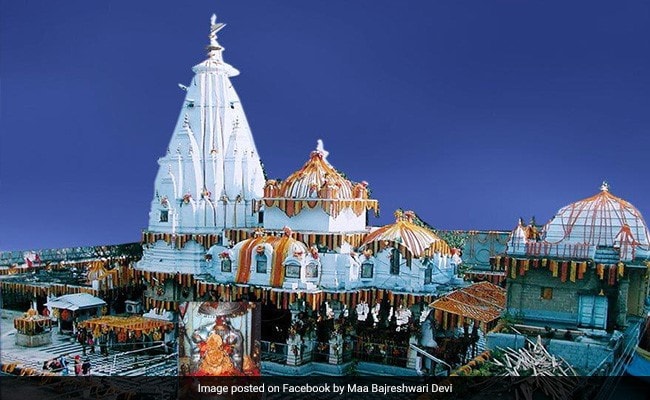 Bajreshwari Devi temple in Himachal Pradesh is one of the busiest shrines of north India.

Preparations started on Tuesday for the installation of an idol of a goddess made of 2,100 kg of clarified butter in a famous Hindu temple in Kangra town of Himachal Pradesh, officials said.

The idol of Goddess Bajreshwari Devi, being prepared by using "desi ghee" after purification with holy water 101 times by temple priests, will be open for the public on early Wednesday, temple official Apoorv Sharma told news agency IANS.

One of the busiest shrines in North India, the Bajreshwari Devi temple sees a large number of pilgrims from Punjab, Haryana, Uttarakhand, Delhi and Uttar Pradesh.

Apoorv Sharma said the idol would be removed from the "pindi" or iconography of the goddess on January 20 and its "prasad" would be distributed.

It is believed the idol butter cures chronic skin ailments and joint pain.

According to a legend, when the goddess was injured during a fight with demons, her wounds were treated with butter by gods on Makar Sankranti, a major harvest festival celebrated in various parts of the country.

Every year, the preparations for installing the butter idol begin on Makar Sankranti, which is celebrated as a week-long festival at the temple.