The current surge during the ongoing monsoon season is likely to continue till July 14, Director of local MeT office Manmohan Singh said. 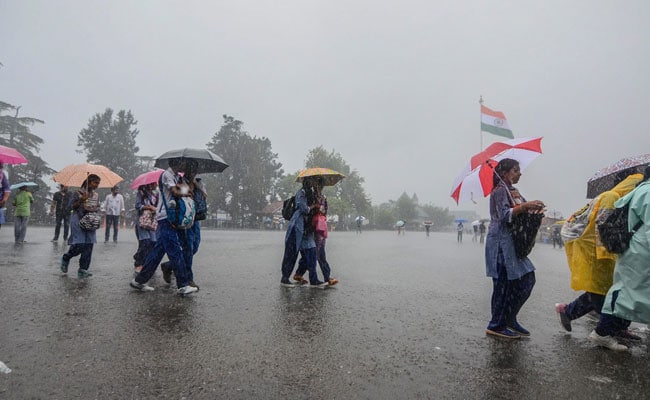 As per data recorded by the MeT department Shimla experienced 60.2 millimetre rainfall (File)

After taking a brief hiatus, monsoon has revived in several parts of Himachal Pradesh with the state capital Shimla getting heavy rain since midnight, the Metrological (MeT) department said today.

The current surge during the ongoing monsoon season is likely to continue till July 14, Director of local MeT office Manmohan Singh said.

The highest temperature in the state has been recorded in Una as 36.8 degrees Celsius whereas Keylong recorded a minimum of 13.4 degrees Celsius, making it the coldest place in the Himalayan state over the last 24 hours.

(Except for the headline, this story has not been edited by NDTV staff and is published from a syndicated feed.)
Comments
Shimla rainsMonsoon in Himachal PradeshMonsoon Rain