One Dead, Over Dozen Injured After Bus Overturns In Madhya Pradesh

"The injured have been admitted to a hospital," said senior police official Gajendra Singh Kanwar. 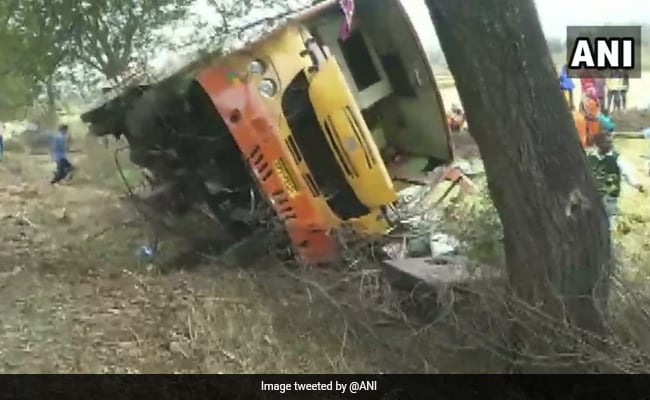 The bus overturned in Madhya Pradesh's Mandla district on Thursday.

A person died while over 12 suffered injuries after the bus they were travelling in lost control and overturned in Bamhani area of Mandla district on Thursday.

"The injured have been admitted to a hospital," said senior police official Gajendra Singh Kanwar.

Earlier on February 16, a bus going from Sidhi to Satna, carrying around 57 passengers, fell into a canal in Sidhi after the driver lost control. As many as 50 people lost their lives in the incident.

One More Arrested From Punjab Over 'Khalistan' Flags At Himachal