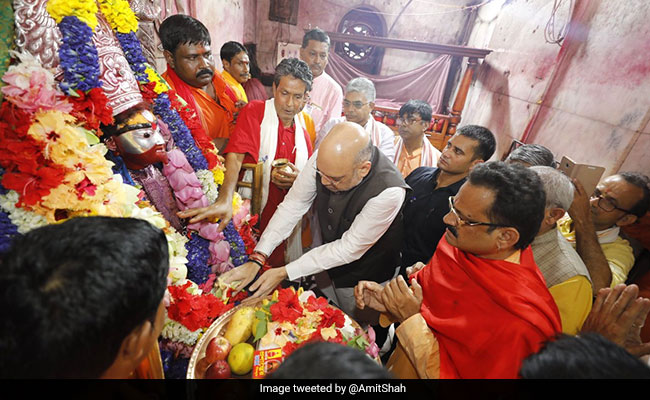 Mr Shah, who arrived in Suri from Kolkata by helicopter,spent about ten minutes inside the temple and offered prayers to the deity, temple.

Five priests, two sevayats and two members of the temple committee were present inside the temple when he offered prayers.

Promoted
Listen to the latest songs, only on JioSaavn.com
Mr Shah offered a Banarasi saree, fruits and a garland to the deity, sources said adding that the entry of devotees to the temple was restricted since 9 am for security reason.

Mr Shah is scheduled to visit Purulia later in the day.