The incident, that took place inside the Taj Mahal premises, has caused panic among the visitors. 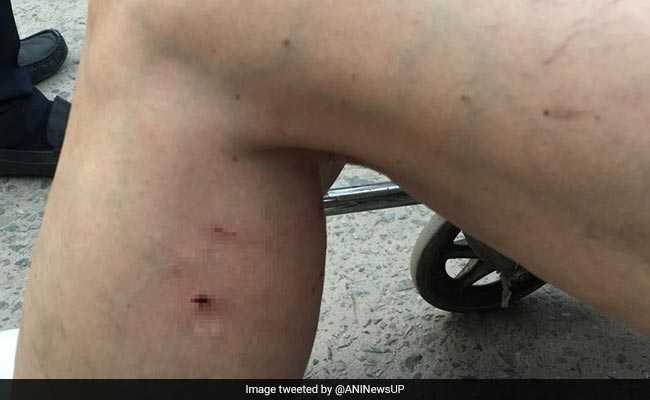 The two foreign tourists were immediately given medical care after the monkey attack.

A group of monkeys attacked two foreign tourists visiting Agra's famous Taj Mahal today morning. The monkeys apparently attacked the foreign visitors, a woman, reportedly of French origin, and another man, on their legs. Several bloody scratches could be seen on both of them. Reports say that one of the monkeys also bit the man on the leg. The two were immediately given medical care. 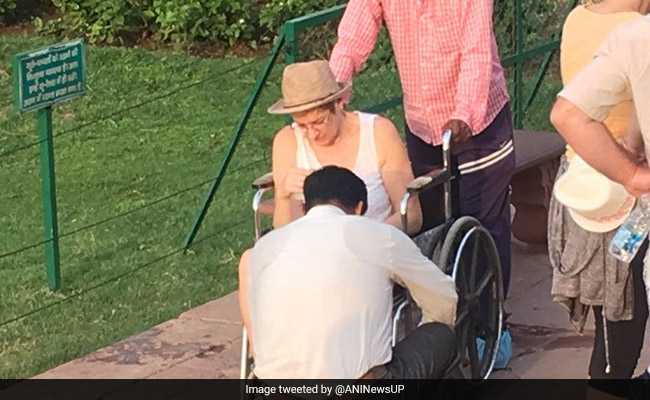 Tourist being given medical care.

The incident, that took place inside the Taj Mahal premises, has caused panic among the visitors.

Agra has seen a rapid increase of monkey population in recent years. Groups of monkeys frolicking around the famous marble mausoleum have been a cause of concern for the authorities. 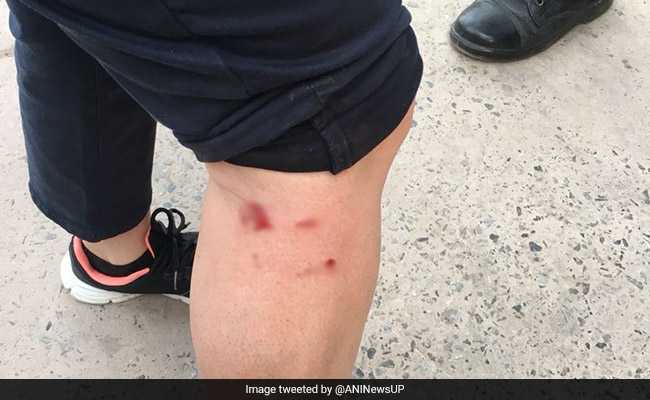 Bloody scratches could be seen on the leg of the tourist.

Time and again, governments and NGOs have collaborated to sterilize monkeys, but the population is exploding. Activists say, abundant food from the temples and offerings made by the devotees of Lord Hanuman are not conducive towards controlling monkey breeding. Oon top of it, Agra has a very poor garbage collection system, they say.