Hidden In Lehengas, Drugs Worth Crores Seized In Bengaluru

The team about 3 kg of white-colored crystalline substance, believed to be pseudoephedrine, which was placed in three lehengas. 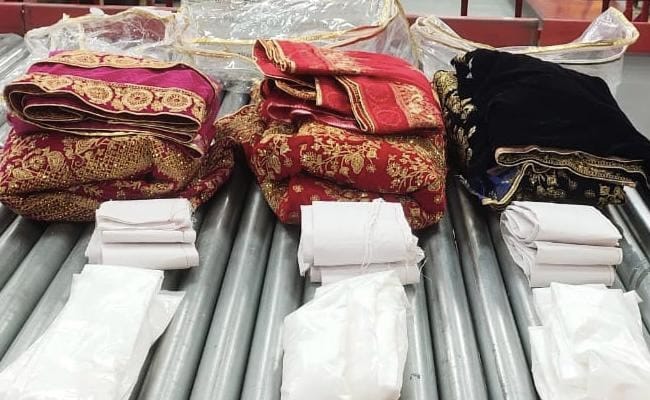 About 3 kg of white-colored crystalline substance was hidden in three lehengas.

Officials of the Narcotics Control Bureau (NCB), based on a tip-off, seized around 3 kg of drugs worth crores in Bengaluru. The consignment, which was to be sent to Australia, was hidden in three lehengas, officials said, adding that they have arrested one person in connection with the case.

The team led by Amit Ghawate, Zonal Director of NCB Bangalore, intercepted the parcel on October 21 and seized about 3 kg of white-colored crystalline substance, believed to be pseudoephedrine, which was placed in three lehengas.

The banned substance was detected after opening each fold of the fall line of the lehengas. The parcel was booked from Narasapuram in Andhra Pradesh and was to be sent to Australia. The officials tracked the shipment and identified the consignor to Chennai.

The details were shared with the NCB team in Chennai which investigated for two days and identified the real address of the parcel sender and caught him on Friday. It was found that fake addresses and documents were used to send the parcel.

Further investigation is still on in this matter.