The driver of the Himachal Pradesh Road Transport Corporation (HRTC) bus died on the spot and three students succumbed to injuries, an official said. 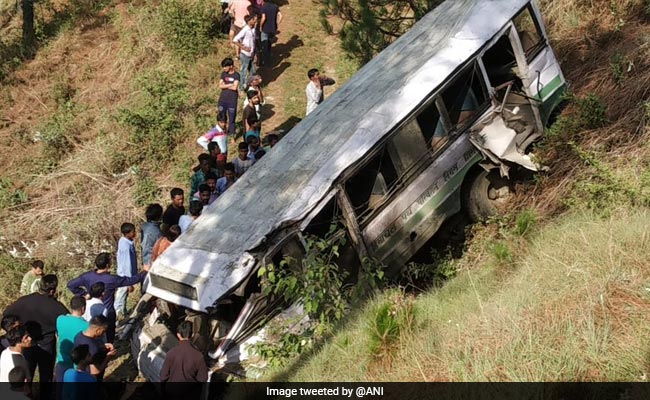 An operation is underway to rescue passengers, most of whom are school children. (Representational)

Three persons, including two students of a local school, died and six others were injured as a state bus fell into a deep gorge in Himachal Pradesh's Shimla district today, an official said.

The official said several private vehicles were parked on one side of the road and the bus, carrying seven students, was going from the other side when it fell into the 400-450-foot-deep gorge.

There was neither any crash barrier nor parapet on the road side to avoid accident, Mr Negi added. Some agitated persons damaged the parked vehicles by pelting stones at them.

The bus driver, Naresh Thakur, died on the spot. Two students of the Convent of Jesus and Mary School -- Manya and Sreeshthi, both aged 13 -- succumbed to their injuries later on, Mr Negi said. Earlier, the official had put the death toll at four.

The bus conductor and five students are being treated at the Indira Gandhi Medical College and Hospital, where their condition is stable, senior medical superintendent Janak Raj said.

Chief Minister Jai Ram Thakur visited the hospital to enquire about the condition of the injured. Mr Thakur said an inquiry would be conducted to find out the exact cause of the accident and steps would be taken to prevent such incidents.