The dead were identified as Nitu Sadija (60), Anita Mourya (25) and two-year-old Priya Mourya. 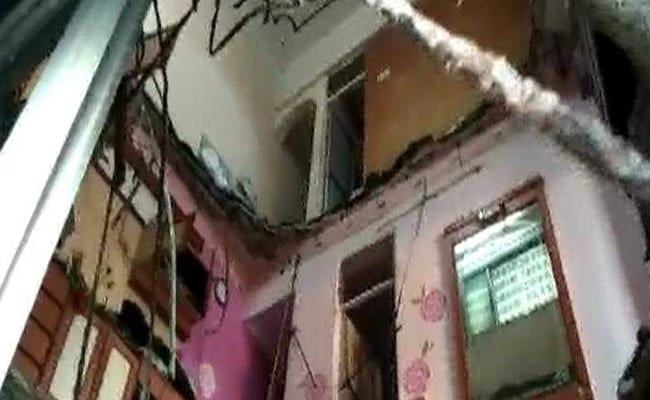 Officials said the process of sealing the Memsaab building, constructed around 1994-95, was underway.

Three persons, including a two-year-old girl, were killed on Sunday after a roof collapsed at a clinic in Ulhasnagar in Maharashtra's Thane district, a fire brigade official said.

Three others were injured in the incident that took place at around 2:30 pm on Sunday, he added.

The dead were identified as Nitu Sadija (60), Anita Mourya (25) and two-year-old Priya Mourya.

An officer said the Memsaab building in which Sai Aashirwad clinic was housed was a five-storey one and had 15 tenements.

"The second floor collapsed onto the first floor which in turn came crashing onto the ground floor where the clinic is situated," he said.

UMC Disaster Cell officials said the process of sealing the building, constructed around 1994-95, was underway.

A probe has been ordered into the incident, they added.