The boy, son of a farm labourer, fell into an uncovered borewell on Monday night. in Gujarat's Sabarkantha. 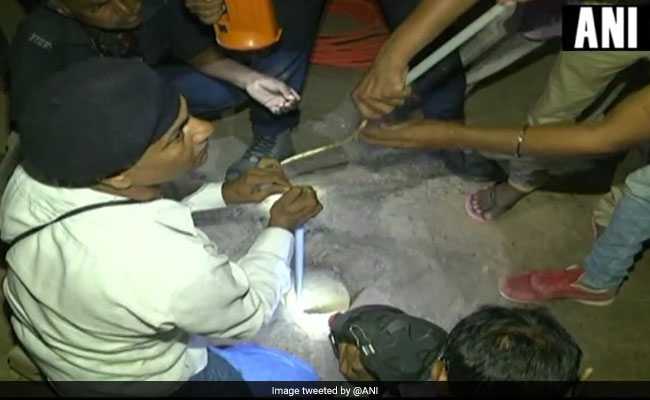 The boy's body was rescued after a 12-hour operation.

An 18-month-old boy died after he fell into a 200-feet deep borewell in Gujarat's Sabarkantha. Rahul, son of a farm labourer, was playing on Monday when he fell into the bore well pit dug outside the residence of one Maqbool Rafikbhai at Ilol village, an official at Himmatnagar (rural) police station said.

"The boy fell into the 200-feet deep narrow bore well and got stuck at a depth of around 80 feet," he said.

After a 12-hour long rescue operation, the National and State Disaster Response Fund and Ahmedabad fire department managed to recover the boy's body which reportedly had a broken limb.

Since the body could be retrieved, the rescue teams filled up the bore well pit and closed it, he said.

The incidents of children falling in borewell are common in rural India. In August, a three-year-old girl, who had fallen into a 165 ft-deep borewell, was rescued after a 30-hour long operation in Bihar. In March, a four-year-old boy was rescued from a 150-feet deep borewell in Dewas in Madhya Pradesh.