Rain in Tamil Nadu: The E Palaniswami government claims to be fully prepared, seeking to dispel fears of a repeat of the devastating 2015 floods.

Chennai: More than 10,000 people took shelter in over 100 relief camps set up in Chennai and other parts of coastal Tamil Nadu after the northeast monsoon intensified, the state government said. Chennai received heavy rainfall this morning after last night's downpour. Schools in the city and other coastal towns will remain closed for the fifth day. The weather office has warned of intermittent heavy rain in coastal Tamil Nadu for today as well. Forecasters said 74 per cent of rain was recorded in just the first week since the northeast monsoon arrived. Between Thursday evening and Friday morning, parts of Chennai received as much as 140 mm of rain. Although most of the water-logging has been cleared in Chennai, low-lying areas of the capital continue to be water-logged. 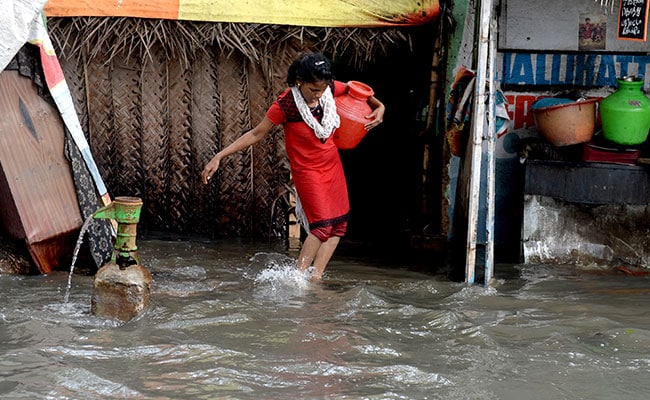 Chennai civic body was asked by the High Court to file a report on steps to prevent water-logging. (AFP)