Several coastal pockets of Chennai remained water-logged after as much as 30 cm of rain in some areas since Thursday.

Chennai: Chennai and other parts of coastal Tamil Nadu braced for more showers over the next 24 hours as rain returned on Friday evening after a brief break. Schools will be closed on Saturday and several areas remained waterlogged, adding to fears of a repeat of the 2015 floods. The government maintained there was no reason to panic and Chief Minister E Palaniswami visited various parts of Chennai hit by waterlogging. Flight operations at the city airport were normal, airport officials said. 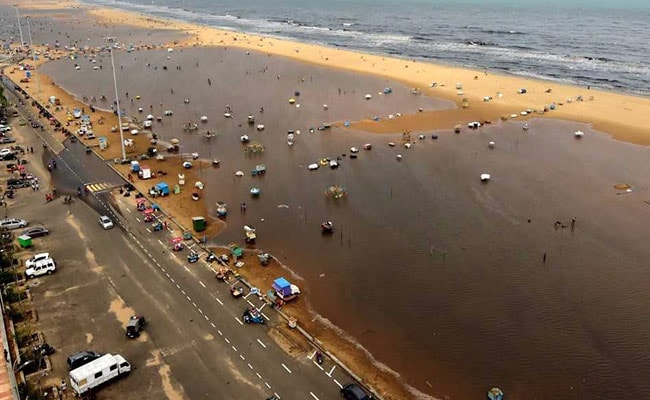 Chennai rains: The famous Marina beach front and service lanes were under water.