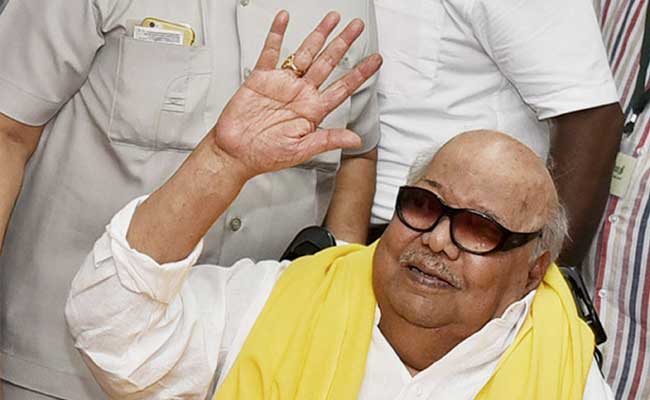 Chennai: A man was arrested today after he allegedly entered DMK chief M Karunanidhi's house in Chennai. Police said Rajendra Prasad, who was armed with a toy pistol, had stayed overnight at Mr Karunanidhi's CIT Colony residence and demanded money.

Promoted
Listen to the latest songs, only on JioSaavn.com
The intruder, who broke in on Sunday night scaling the wall  had pointed the toy gun at Ms Malarvizhi around Monday  evening and demanded money. But she managed to alert the security personnel, who caught the intruder.

Police said Prasad spent the night and most part of the day hiding at the library on the first floor.