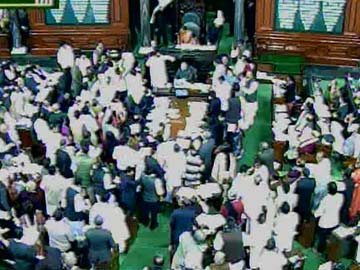 New Delhi: A controversial bill to create Telangana by dividing Andhra Pradesh was passed in the Lok Sabha today amid protests, but live telecast was cut off in an unprecedented blackout. The bill will now be taken up in the Rajya Sabha. Anti-Telangana politicians like Jagan Mohan Reddy have called a shutdown in Andhra Pradesh.