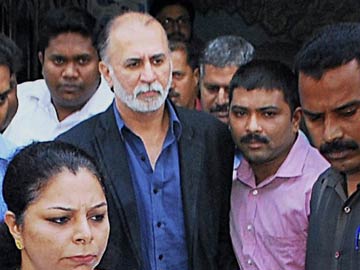 Panaji: Tehelka founder Tarun Tejpal, who will be in the custody of Goa Police for the next six days, was today taken to hospital for a sexual potency test, mandatory in cases of sexual assault. Mr Tejpal has been charged with raping a young woman journalist during a Tehelka event at a five-star hotel in Goa last month.