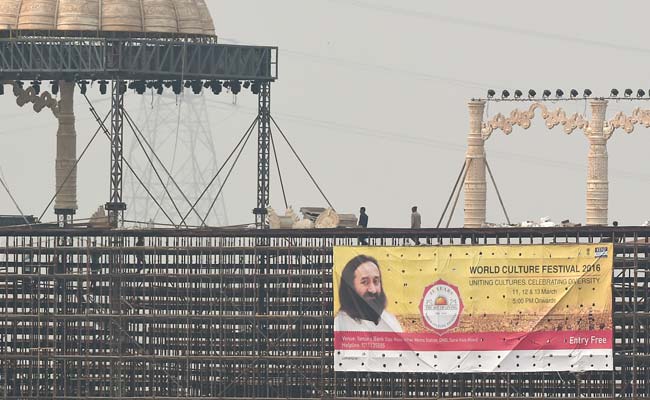 New Delhi: Sri Sri Ravi Shankar's mass festival on the banks of the river Yamuna will go ahead as planned despite worries over a shaky stage and environmental damage. A separate enclosure for Prime Minister Narendra Modi is among the adjustments that the guru's Art of Living foundation has to make. The National Green Tribunal has also imposed fines and conditions.