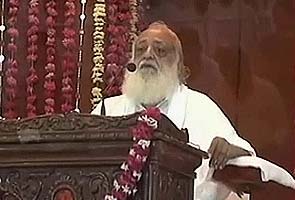 The Rajasthan Police issued summons to the self-styled godman yesterday.

New Delhi: The Home Ministry has written to the governments of Delhi, Madhya Pradesh and Rajasthan seeking reports on the complaints against spiritual leader Asaram Bapu, who has been accused of sexually assaulting a 15-year-old girl. The Rajasthan Police issued summons to the self-styled godman yesterday and gave him four days to come for questioning. This is not the first controversy linked to the 72-year-old.