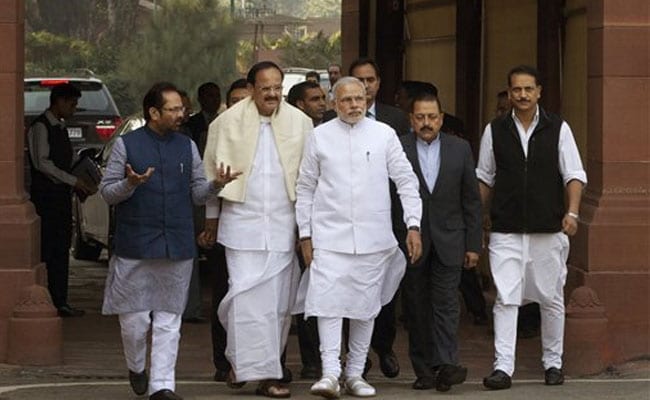 PM Modi walks with his cabinet colleagues Mukhtar Abbas Naqvi, Venkaiah Naidu and Rajiv Pratap Rudy, right as they arrive on the opening day of the Winter Session of Parliament on Monday. (Associated Press)

New Delhi: Plain numbers could govern the fate of the landmark Insurance Bill that represents the BJP-led government's first major legislative reform. Many parties have said they will stonewall the bill, which seeks to raise the cap on Foreign Direct Investment in the insurance sector.