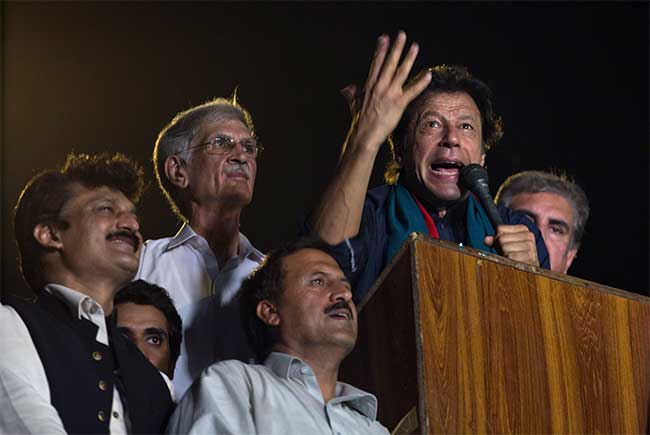 Imran Khan delivers a speech to his supporters in Islamabad, Pakistan on Wednesady.

Islamabad: Imran Khan's Pakistan Tehreek-e-Insaf or PTI has suspended dialogue with the Nawaz Sharif government, a leader of the party Shah Mehmood Qureshi announced on Thursday evening. A second round of talks was expected today.