Narendra Modi loses fight over lions, some will move to Madhya Pradesh 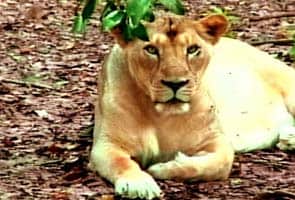 New Delhi: The Supreme Court today directed the Centre to translocate some lions from Gujarat's Gir forest to Kuno Palpur sanctuary in the neighbouring state of Madhya Pradesh. The case has seen two BJP ruled states fight it out over lions. Here are the top 10 developments in the case.

Here are the top 10 developments in the case.