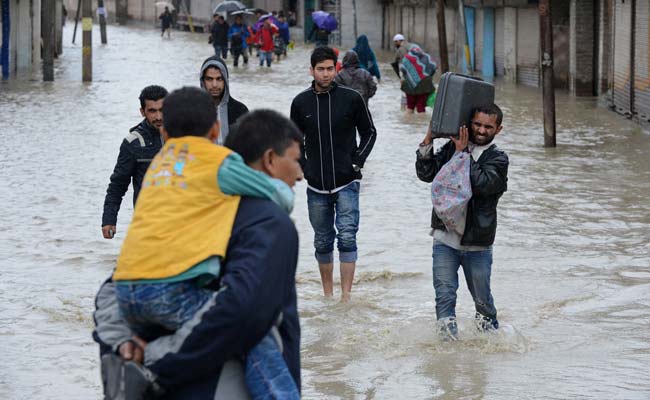 Residents wade through floodwaters as they head for higher ground on the outskirts of Srinagar. (Agence France-Presse Photo)

Srinagar: Nearly 150 have died in Jammu and Kashmir which is witnessing its worst flood in 50 years. The Army has launched a major rescue operation and evacuated 11,000 people to safety by deploying 100 columns of troops in flood-hit areas of the state. Prime Minister Narendra Modi reached Jammu today and held a review meeting to assess the flood situation. He assured the state government of central assistance.