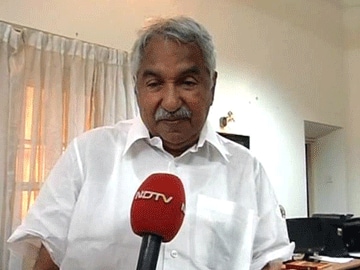 Thiruvananthapuram: Kerala Chief Minister Oommen Chandy, who was injured on Sunday when opposition protesters threw stones at his car, says he does not want more security. Mr Chandy has been facing fierce protests since the solar scam surfaced in June.

Over 1,100 People For Clinical Trials Of India's First Covid Vaccine