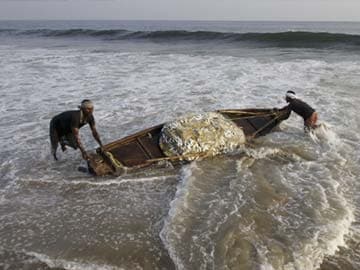 Hyderabad: Severe cyclonic storm 'Helen', packed with wind speed reaching up to 120 kmph, is likely to hit southern Andhra Pradesh coast on Friday afternoon, the weather department has warned. The alert comes even as the state is yet to recover from the damages caused by cyclone 'Phailin' and heavy rain last month.