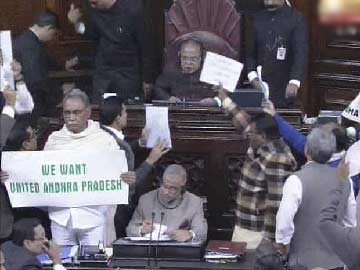 Ruckus in the Rajya Sabha as anti-Telangana MPs protest

Here are the 10 latest developments in the Telangana story: