Dust Storm Hits Some Parts Of Punjab, Rains In Chandigarh

There was complete darkness at some places during the afternoon. 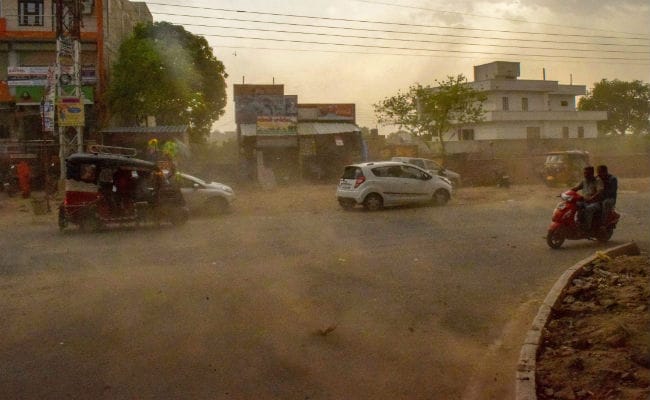 Chandigarh: Dust storms Saturday hit some parts of Punjab, throwing life out of gear, with Chandigarh and its adjoining areas witnessing rains.

Places like Ludhiana and Phagwara witnessed dust storm which was followed by showers. There was complete darkness at some places during the afternoon.

There were also reports of power supply getting disrupted and plants and trees getting uprooted.

However, the maximum temperature at most of the places in both states stayed several notches above normal.

Ambala and Karnal observed maximum at 39.4 and 38.8 degrees Celsius respectively.

Light to moderate rains/thundershowers will take place at isolated places in Punjab and Haryana in the next 24 hours, as per forecast of the MeT department.

dust storm in PunjabThunderstormrain in Chandigarh