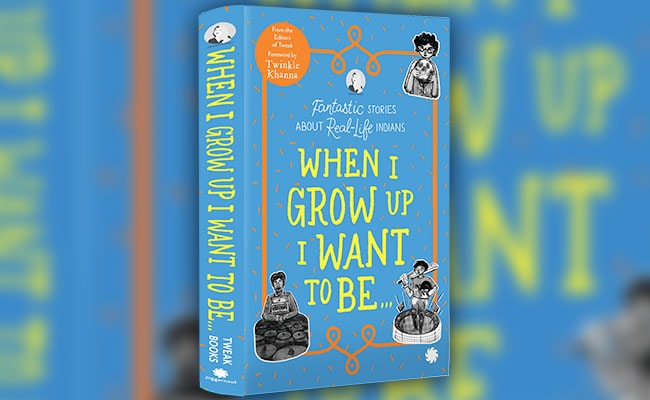 I hope some day one of you invents a machine that can take dreary adults and turn them back into curious young people.

Isn't it odd that small people have big dreams and big people, well, their dreams are so small? Get a job. Buy a house. Sleep late on Sunday. Go on a holiday.

Adults, especially these days, rarely look up from their phones, let alone throw their heads back and stare at all the wonders in the night sky.

Young people, like you, look at the world through eyes that marvel, have minds that live in fantastical worlds and possess hearts that haven't learnt to fear.

Then how do all you wonderfully imaginative young people turn into boring big people?

It happens when everyone around you repeatedly tells you the difference between possible and impossible dreams.

A line is drawn, at first it is invisible, but over time, with more and more people telling you the same thing, you too start seeing that line.

Believing in limits is a very powerful thing. It doesn't just change your dreams, it changes your capabilities.

For almost a hundred years, it was believed that people were not capable of running a mile in four minutes. It was, that word again, 'impossible'.

Then in 1954, the lanky Roger Bannister ran down a track on a cold, wet day. He ran like he was chasing a comet and he became a bonafide star.

Then a strange thing happened.

Just a year later, three runners beat the 4-minute barrier and now more than a thousand runners have done the same.

Why was something impossible to break now being broken by so many?

Two Wharton School professors spent months analysing this singular event and came to a simple conclusion: it was all down to belief.

Once people saw Bannister cross that imaginary line from impossible to possible, they believed it could be done and it was not a barrier any more.

All the people you will read about in this book are ordinary people, but they managed to do extraordinary things because they too believed it could be done. The boy who failed his tenth board exams but went on to invent a refrigerator that doesn't use electricity. The fifteen-year-old girl who broke Tendulkar's record. The lawyers who slayed draconian laws. The eight-year-old Chhote Master who taught children in 125 villages. The girl who lost a leg and still climbed Mount Everest. The young man who gave people a prosthetic helping hand.

Not a single one among them is a dreary creature, not even among the oldest adults.

Like Bannister, they are all stars, shining brightly, a navigational guide showing you that there are no limits or barriers that can't be crossed.

Follow them. Outdo them. Change the world by turning it upside down if that's what it takes. Pursue all your seemingly impossible dreams and one day we will look up and see all of you, a constellation of stars setting the night sky on fire.

(Excerpted with permission of Juggernaut from 'When I Grow Up I Want To Be...' by Tweak India. Order your copy here.)

Twinkle KhannaWhen I Grow Up I Want to Be

Covid-19: India's Top Doctors On How To Treat It