Cleaning Up Indore - An Excerpt From Raghuram Rajan's New Book 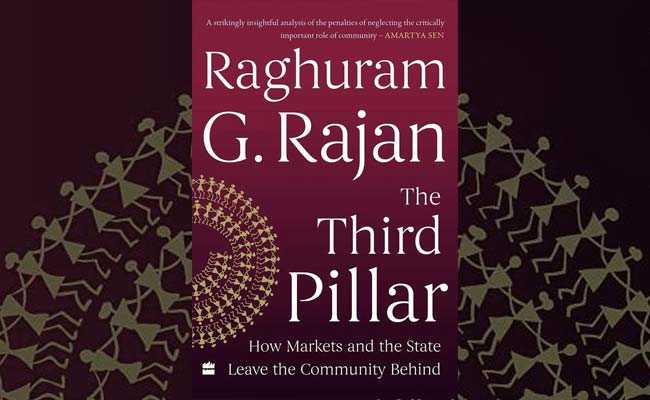 At the same time, we do know that enhanced trade and technological change transmitted through markets have led to the loss of middle-income jobs and weakened the economic basis for the community in many parts of the developed world. It may be this, coupled with the flight of those who can leave, that is more responsible for the social disintegration of the community.

How do we revive the proximate community? There is no magic solution to creating local jobs, but as one examines case studies of what has worked, some key factors emerge. Once again, we will see the importance of technology as part of the solution. Let us start with two case studies. First, let's look at a project that revived community spirit, and in the process made the community more attractive and livable. It took place in Indore in India.

Indian cities are colorful, vibrant, noisy, and...dirty. The commercial hub of the state of Madhya Pradesh, Indore, was no exception. People treated it as a vast public garbage dump. After eating food on paper plates bought from stalls at the famous Sarafa food market, customers simply threw their plates and any residue on the ground. People were no more careful with their domestic garbage, dumping it anywhere in the proximity of overflowing dumpsters, which were rarely emptied. Stray animals - dogs, cows, goats, and pigs - roamed freely, eating the garbage and adding their excrement to the mix. Some poor people, who did not have access to toilets, defecated in the open, in vacant fields or near public drains. All in all, it was a perfect breeding place for flies, mosquitoes, and, therefore, disease.

Into this mix were thrown two abnormal individuals, Malini Gaud, who had been elected mayor of Indore on a plank of cleanliness, and Manish Singh, the municipal commissioner. There was also one dedicated NGO, Basix, which had experience in effective waste management. Basix wanted more waste for poor rag pickers, who make a living separating out metals, paper, plastic, and glass from waste, and recycling it. The reformers realised that part of the solution was to make it easier for people to dispose of their garbage. That meant placing public garbage cans at every needed place throughout the city with its location geo-tagged for easy collection, collecting domestic garbage directly from every home, and constructing over ten thousand toilets in places where people used open spaces.

The municipal cleaning staff now had to collect the garbage. The 5,500-person staff was used to collecting pay and not much more. Attendance was a miserable 30 to 40 per cent. The municipal commissioner decided to apply both carrot and stick. Staff were given smart uniforms, and their cycle rickshaws replaced with motorized GPS-fitted trucks. Each vehicle was given about one thousand households or bins to collect from every day, and its location and performance was monitored. Most employees actually were unhappy with their poor image. They did want to do a good job once they realised the mayor and commissioner were serious about change and apathy would no longer be the order of the day. Some did not want to change, and the stick was applied to them. Biometric attendance was introduced, and after discussion with the union and due notice, three hundred still- recalcitrant employees were suspended, and six hundred were terminated.

The householder was happy that garbage was collected regularly at her doorstep, and soon agreed to pay a regular monthly fee for collection, offsetting the municipality's additional costs. Shops and eateries installed garbage cans outside, incentivised by a stiff fine if they lacked one. One knotty problem was that some people still preferred answering the call of nature in the open rather than in an enclosed toilet. The municipality adopted the innovative idea of drum squads - these would search stealthily for open defecators reinvigorating and then flush them out by drumming loudly when they were found. Open defecation ceased, and disease seems to have fallen significantly since. Cleaning up a city seems small in the larger scheme of community revival, but it is an essential component of change, especially in a world where the ability to attract talented people with improved livability is an important source of competitive advantage. Moreover, it offers a very visible sign of community effort and engagement. According to Indian magazine Business Today, there is something strange about the Sarafa market today: 'There is no leftover food, no dirty plates, no garbage to be seen - anywhere.' Indore was ranked the cleanest city in India in 2017 (after coming in at 149th in 2014). Its citizens take pride in its ranking and, according to Vijay Mahajan, the chairman of Basix, are working hard to maintain it.

Excerpted with permission of HarperCollins from 'The Third Pillar' by Raghuram Rajan. Order your copy here.