The Siachen Story, Then And Now

More than 15 years ago, when I reported from the snout of the Siachen glacier for the first time, the Indian Army's Siachen base camp was nothing more than a military outpost in the most unimaginably desolate surrounding. Located at the base of the glacier, the old base camp was a collection of a few prefabricated buildings and a helipad, all packed together as close as possible to the base of the Saltoro range which dominates the glacier to its West. There was a reason why pushing the base camp to the foot of the hill feature made sense - there was a belief that Pakistani artillery shelling, a regular feature here in the late nineties, would not be able to hit targets shielded by the massive range and would instead fall harmlessly nearby.

Today, things have changed. There is a ceasefire in place since 2003 based to a large extent on the belief that neither side can really achieve anything here by lobbing artillery or mortar shells. For starters, India dominates the Saltoro range with posts going up to more than 22,000 feet. Pakistani posts are located at lower heights. Launching any operation on the massive Indian military complex through the Saltoro would be suicidal, militarily just too costly for Pakistan. 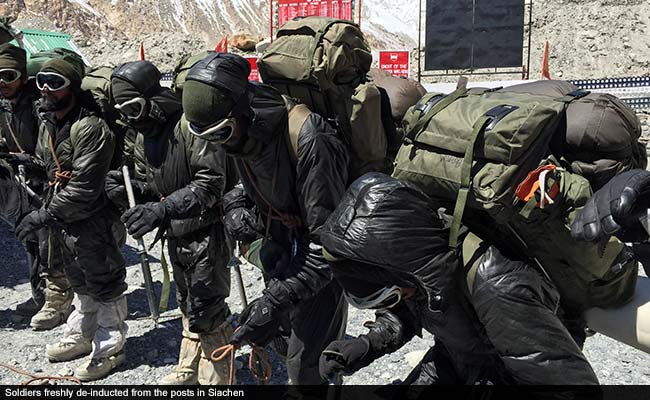 And so, the occupation of the heights continues. For the Indian Army, the Siachen operation is today a well-oiled machine. Stockpiling of soldiers in tiny high-altitude posts through choppers, evacuating casualties, specialised mountain training, inducting and de-inducting forces is a 24/7 job done through the summer and winter. 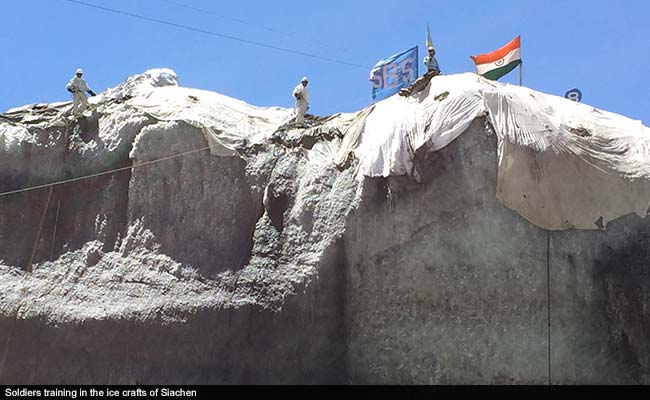 The experience of having done this for three decades makes the Siachen operations somewhat more predictable than in the past though not necessarily any less dangerous. Sub-zero temperatures dipping to -50 degrees, the constant threat of avalanches and crevasses on the glacier and on the Saltoro range and a range of potentially fatal altitude related ailments remain constant threats here. Most of the men who have been killed here have been victims of the weather, altitude and terrain. The actual threat of Pakistani guns is far less.

The men who go up to the posts know that their survival depends on an element of divine intervention and that is why they seek the blessings of OP Baba, each and every time. Legend has it that OP Baba was a soldier deployed in the early eighties in the Bilafond La pass area on the Saltoro range and went missing. Today, soldiers here say OP Baba is their savior, someone who will keep them alive. And when they return after their tenure on the heights, the first place these jawans head for is OP Baba's shrine. Their message is simple - thank you OP Baba for saving our lives. 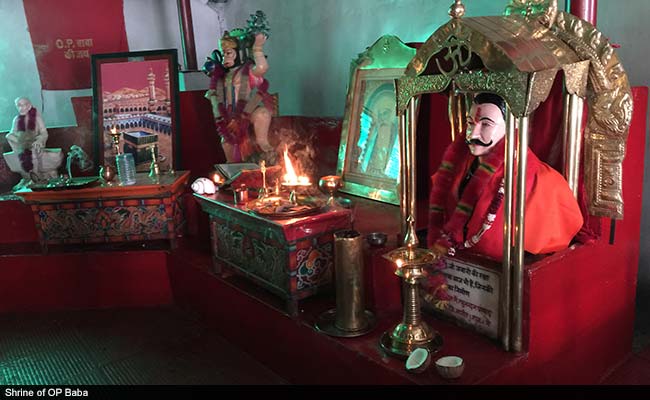 Consolidation is the key focus here and in the process, the size of the Army's presence in the area has grown. The once small Siachen base camp is almost like a mini-cantonment with everything from accommodation for visiting VIPs to momo and dosa stands for soldiers based here before they are shifted to high-altitude posts for a three-month tenure. 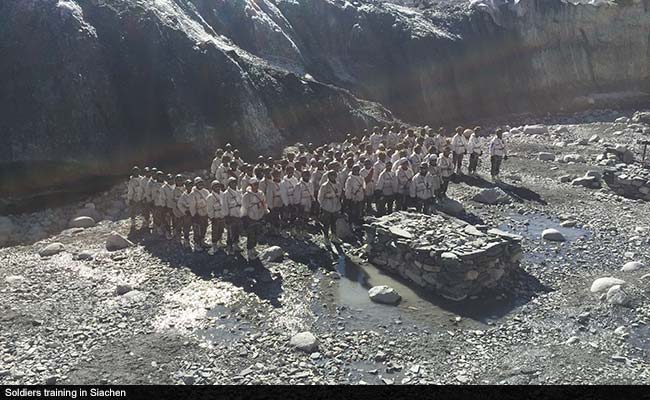 BSNL has a cell-phone service and officers can access the internet. A decade ago, I remember coming here with a satellite phone, the display on which read "location: China". Tata Sky dishes point upwards and jawans get the opportunity to see their favourite soaps on television. There is a full-fledged dental clinic here to look after the needs of soldiers. There are multiple helipads and several Commanding Officers handling the deployment of various infantry and artillery formations based here - this is a busy mini-military township, not unlike so many across the country.

Promoted
Listen to the latest songs, only on JioSaavn.com
And then, there is the road. 15 years ago, the road to Siachen was nothing more than a rough dusty track best traversed by a jeep. Today, that same dust track is a properly surfaced road connecting the base of Khardung La pass (the world's highest motorable road) with the base camp located several hours away. Along the way, as the road passes through the staggeringly beautiful delta of the Shyok and Nubra rivers, there are the first real signs of development in tiny towns like Sumur and Panamik - a handful of small inns, a few restaurants, a well-stocked main market, decent local schools, well-provisioned health centres. Villagers here are grateful for the road which brings in tourists not just from India but around the world.

Just a few hours down this road, beyond the final check-post at Sasoma, lies the glacier itself, a warzone so close to a zone of peace and development. Many tourists travelling through this area would never know of the sacrifices of Indian soldiers in securing the area. It has now been 31 years since India launched Operation Meghdoot to capture the Siachen heights. Nearly a thousand men have given up their lives in the icy wilderness of the glacier and Saltoro range to keep the peace, to maintain an Indian presence and now, to give people in this remote part of the world, the possibility of a real future.