A week on, I am still processing what I saw, heard and felt while reporting the seven-phase Bengal election.

For all their famed "Bhadralok"-ness, Bengalis proved they can, if the situation arises, be as violent as the next person.

I was at the spot the night a bust of Bengal renaissance icon Ishwar Chandra Vidyasagar at the Vidyasagar College in Kolkata fell to that violence.

The air in the city stood still and emotions ran high on the streets of Kolkata. College Street, once my College-'para' (locality), was overrun with armed men.

It is still a matter of investigation whether they were activists of the BJP or Trinamool. And I don't believe that any student would have done this.

All that I saw and later gathered after speaking to the students of Vidyasagar College was that those who broke the statue were outsiders. They clearly leapt over the gates and broke into the college like burglars, vandalised the reception area, the statue, the benches and tables, beat up men and women and even molested students. The clashes flared up during BJP chief Amit Shah's roadshow of strength in North Kolkata. The BJP claimed Amit Shah's life was in danger.

My tribe was in no less danger, I felt. Journalists often get caught in the crossfire.

During the 4 km roadshow in Kolkata, I was asked to go back, pushed and shoved by men who didn't care that I was on air or that they can be seen by a wide TV audience. They probably thought getting under a journalist's skin is sport.

The Vidyasagar College episode cut me deep. I thought how a large section of Kolkatans has become unpredictable.

I found it outrageous that a BJP candidate hired an actor for Rs 150 to dress up like Vidyasagar and campaign with him after the statue vandalism row. The actor was, for hours, kept "hostage" in a garage, wearing layers of make-up and without any food or drink in the intense heat, while the candidate's supporters argued on whether this was a good idea at all. 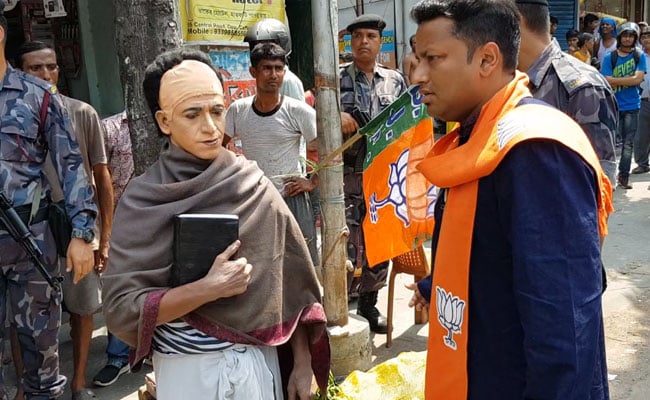 Krishna Bairagi played Vidyasagar with a faux receding hairline, a dhoti, a brown shawl and a book.

After almost four hours, he was rescued by another BJP candidate alerted by a local journalist who had somehow received the actor's SOS.

After the actor's dramatic "rescue", reporters were called by his "saviour" and displayed for photographs while he garlanded the fake Vidyasagar and touched his feet.

The media lapped up the photos.

Someone brought the hapless actor some water and food.

"Jai Shri Ram" chants competing with "Jai Hind and Joi Ma Kali" were another standout feature of this election.

As Bengal Chief Minister Mamata Banerjee lashed out at "Jai Shri Ram" chants, her rivals looked for every chance to provoke her. Mamata Banerjee asked those raising the "Jai Shri Ram" slogans to come talk to her.

When these incidents become memes, they can be amusing. What isn't pleasant, however, is when you are in a car, trying to drive out after a rally, and some young men hound you, force you to roll down the window and chant slogans within three inches of your face, their words peppered with profanities.

West Bengal is no stranger to political violence and clashes, but this time I saw a new face of it. Early into my eight-week stint in the state, I met the former Kolkata Police Commissioner Prasun Mukherjee and he told me, "During my tenure I have seen many clashes - CPM vs Congress, TMC vs Congress, TMC vs CPM - they were all political clashes. But TMC vs BJP, when it happens, will be communal."

Kolkata - indeed Bengal - seemed to be prime arena for polarization, not just in rural areas, but also in urban pockets.

On May 19, the last day of voting, we witnessed rigging at a polling booth in Jadavpur. A man was seen guiding voters, "helping" them press the EVM button and then escorting them out. Right in front of the presiding officer.

In the coal belt of Asansol, the mercury was at 46 degrees; the political temperature was even higher. Two-time MP Babul Supriyo faced the wrath of Trinamool workers when he tried to get into one of the booths. His car window was broken.

Cars being smashed became a standard feature in each phase of the election. Local journalists told me visuals of broken, torched vehicles or any other violence provided them a good opening for their ground reports. So predictable was the violence. 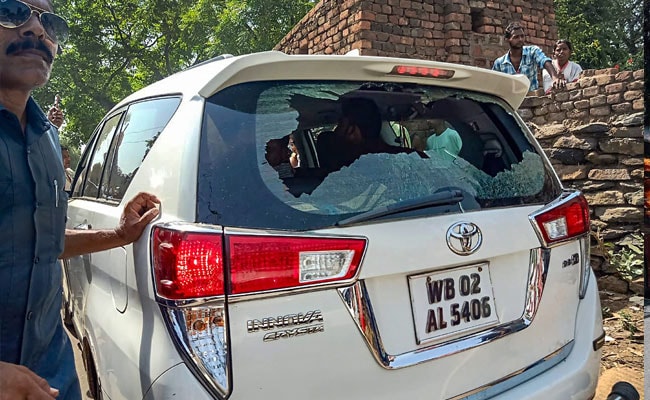 Trinamool's Moon Moon Sen made headlines when she told me she had no clue of the violence during voting because she woke up late. "They gave me my bed tea very late so I woke up very late. What can I say? I really don't know".

The hotel having served her bed-tea late. "Ar Ki bolbo bolo (Tell me what else do I say)," the actor-turned-lawmaker shrugged.

Moon Moon Sen -- or Srimati Dev Varma as she was registered with the Election Commission as -- refused to talk about riots in the constituency she was fighting from, and said - condescendingly -- I was "too young to see CPM violence in the state". 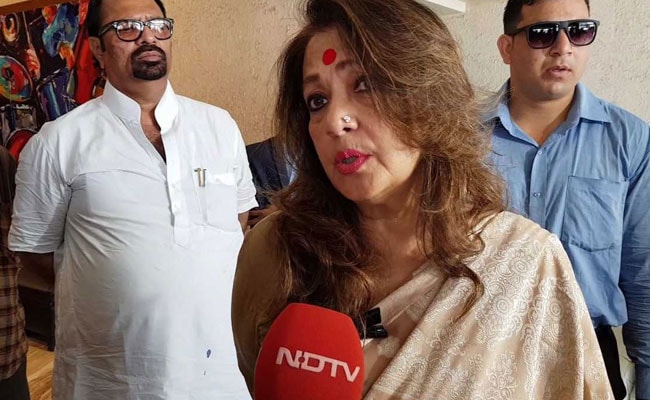 Moon Moon Sen had said she had no clue of the violence during voting in Bengal.

In another interview to me, she said what the state had witnessed was a 'little violence'.

While Didi (Mamata Banerjee) and Prime Minister Narendra Modi's verbal sparring became a source of regular entertainment for commentators, for a one-time sports journalist like me who often sees politics through a sports filter, the Moon Moon Sens, the Mimi Chakrabortys and the Anupam Hazras appeared like cheerleaders in an IPL game.

While Bengal's ruling Trinamool appeared to be drooping without bed tea, the BJP was on the top of its game. Especially its social media game.

Hounded by the Bengal police and its social media cell, the BJP took to WhatsApp, ShareChat and TikTok. It was an eye opener for me to see how 50,000 WhatsApp groups were created to reach voters in 45,000 booths and circulate through around three crore smartphones in the state.

The BJP was rewarded with 18 of Bengal's 42 seats, with the Trinamool only four seats ahead.

The violence I experienced was nothing compared to what some of my colleagues in Bengal did - they were named in FIRs, beaten, ridiculed and pushed to the brink.

But I will still look forward to returning to the assignment in 2021, when Bengal votes for assembly polls.