The Reasons For Modi Being Stronger Than Ever

On this day, Narendra Modi coloured the Ganga from source to Varanasi in saffron in an astonishing victory that recalls the sweep of the 2014 general election and clearly allows the BJP to set the political agenda until the next general election in 2019 without much opposition. The people of UP and Uttarakhand, in giving the BJP a two-thirds majority in each state, have clearly stated that caste politics as it is existed thus far is dead, and Modi's strategy of targeting the poor and downtrodden while keeping the middle class on board has worked brilliantly.

In a sense, the paradigm of Indian politics which has existed since Mandalisation, has been changed, with Modi being able to directly reach out to the poor with his policies of demonetization, direct subsidies like free gas cylinders, and a promise of a better tomorrow. Demonetization, instead of becoming his Achilles' heel, has actually been received as a pro-poor policy. In a sense, he has stolen the mantle of party of the poor from the Congress and taken a large chunk of the Bahujan Samaj Party or BSP's support, reducing them to a mere rump. And being a better orator than Indira Gandhi, he has emerged as the people's icon for Garibi Hatao.

UP and Uttarakhand in a sense reflect what has happened in local elections across India, including the recent ones in Maharashtra and Odisha, where the BJP has out-performed. So these victories cannot be taken in isolation, but seem to show that the majority of voters believe that Modi has delivered, and will continue to do so on his pro-poor policies.

So while both the Samajwadi Party (SP) and BSP have seemingly managed to protect their core vote, the BJP has brought in more voters with UP having the highest turnout in a UP Vidhan Sabha elections of 60% in a growing electorate. Along with that, the BJP, through Modi, captured young voters who had been recently enfranchised and this, in turn, has diluted the percentage support for caste/religion-based parties. The new voter, who first surfaced in 2014, is looking for change and is seeing Modi deliver change. And while the change Modi has promised may not have positively impacted everyone, there is a positive impression that he is delivering for the poor. 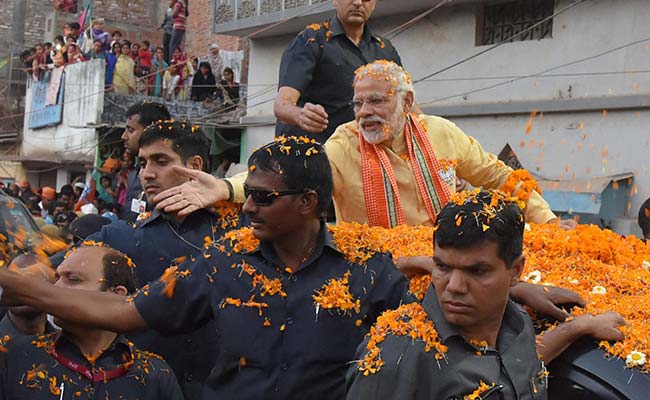 For the SP, being reduced to 25% of their size compared to 2012, this is an unmitigated disaster and the blame game within the party has already started. Akhilesh Yadav will have to carry the brunt of it, for "breaking" the party as well as running a campaign that continued to push caste politics rather than putting out a single message that people could catch on to. Similarly, the BSP will have to try and figure where it can go beyond just being for the Dalits and Muslims.

And perhaps if you compare the goodies that Modi gave versus those by Akhilesh, you can see why Modi understood the politics of the poor better. While both target specific castes, Modi, by giving free gas cylinders under the Ujjwala Yogana to Below Poverty Line families, was providing a life-changing object. At one stroke, the women of the house were relieved from collecting wood, suffering from smoke and freed for more productive work. It was a gamechanger for the family. Akhilesh's laptops for students wasn't, it only benefited a small population, and brought minimal change. The same is true of the Rs 1,000-per-month unemployment allowance and Rs 500 senior citizens' pension. They did not change life for a whole household, and did not hold that promise for those not included.

The Congress in UP is probably finished. The victory in Punjab has provided them a fig leaf, and so may Manipur and Goa. But frankly, these results have little to do with the national leadership of the party or its programmes, policies or campaign styles. The victory in Punjab is very much a victory for Captain Amarinder Singh, and the fact that the Akalis all but provided that state on a platter. Captain grabbed that and pushed aside the challenge of the AAP, and that must be seen as his, and perhaps Sidhu's, success rather than a Congress victory. The Congress identified where AAP managed to do well in the East Malwa region in 2014 and recaptured this area. In Goa, the party has managed to exploit anti-incumbency to come back into the political game. It has been helped by the fact that AAP has failed.

And that is the other story of this election. AAP has failed. Failed to win or even emerge as the largest party in Punjab. With all the campaigning, the noise, the NRIs and the predictions, the AAP has underperformed badly, very badly. It has done worse that it did in 2014 general election, losing more than 20% of their support. And partly its failure rests on its inability to really decisively cut into the Akali vote. 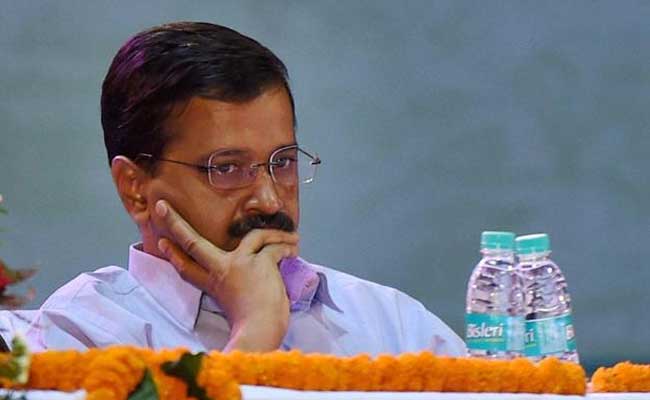 These two stories will have a great deal of impact on the party and its belief of capturing other states. Next month, it faces municipal elections in Delhi and the loss in Punjab will weigh heavily in that city with a large Punjabi population. In Gujarat, where AAP has been working for a while, these resounding defeats will make it difficult for AAP to raise funds to fight Modi.

Gujarat does not bode well for the Congress either. With this overwhelming the victory in UP, it is unlikely that that the Gujarati voter is going to defect from the BJP. And in Himachal Pradesh, which also goes to the polls this winter, the Congress is unlikely to stem the Modi wave.

Nationally, the BJP is likely to meet less resistance in parliament now and should be able to press through its agenda, especially the GST. It will also be able to select and elect its own candidate for the President (and Vice President), and improve its position in the Rajya Sabha after these unprecedented gains. This first victory in the Gangetic plain after defeats in Bihar and West Bengal will give the BJP greater confidence in implementing its agenda without fearing any electoral impact. This election has put to bed any fear that the BJP may have had that of  any challenge to its dominance.

Disclaimer: The opinions expressed within this article are the personal opinions of the author. The facts and opinions appearing in the article do not reflect the views of NDTV and NDTV does not assume any responsibility or liability for the same.
Comments
UP elections 2017UP election results 2017Narendra ModiAmit ShahElection resultsSamajwadi PartyAkhilesh YadavArvind Kejriwal